We’re all sick and tired of buying one lottery ticket after the other, and not winning a thing. And the people behind the New Hampshire lottery certainly know as much. That’s why they’ve created the NH Lottery Replay, a game that lets people enter their non-winning tickets online and have a new chance to get some cool prizes. These include Sony LCD TVs, Samsung DVD Home Theater Systems, Weber LP Gas Grills and game consoles. And there’s also a lot of money to be had in NH Lottery instant scratch tickets.  It’s all explained on NHLotteryReplay.com 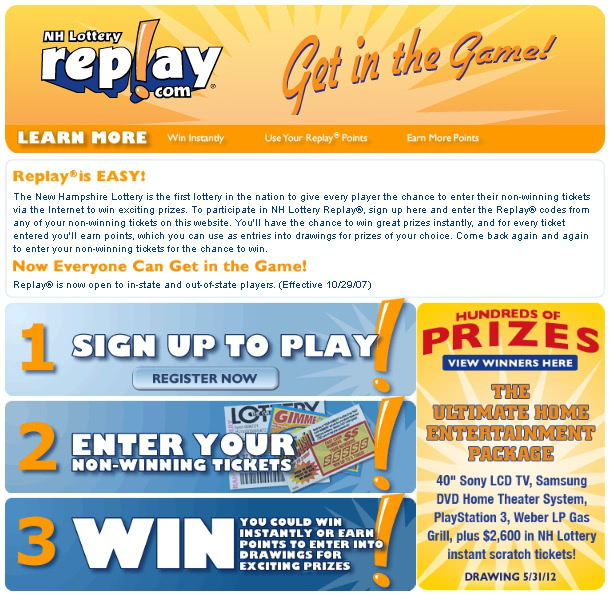 And the way the NH Lottery Replay works, for each non-winning ticket that you enter you’ll get rewards points. As you can imagine, these can then be redeemed for instant prizes. So, any way or the other you’re walking home with a prize. It might take you longer than others, but you’re still getting something at the end of the day. 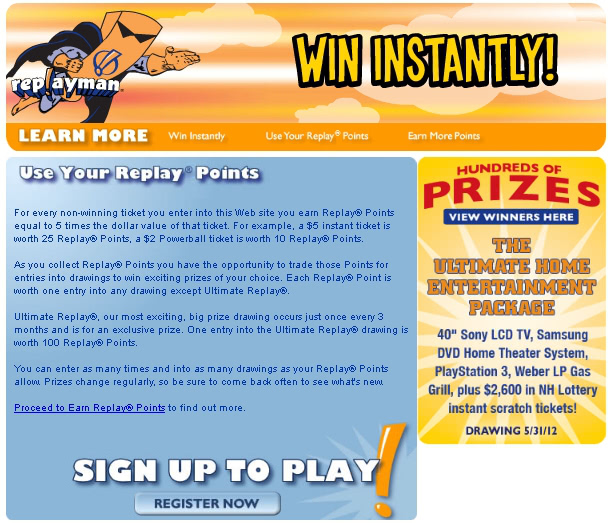 And Replay has just announced that this game is now open both to in-state and out-of-state players.

It’s important to mention that just all games are eligible for replay. Hot Lotto Sizzlor, Megabucks Plus, Fast Play, Lucky For Life, Pick 3 Pick 4, Power Ball…if it’s a lottery game that you can play on New Hampshire, then it’s a game whose ticket you can use to participate in the NH Lottery Replay.