Are you tired of having to pay for every song or video you download on iTunes? Well, there are always cheaper alternatives around. And in some cases, you can get what you want without having to pay anything. Sites like Kazaa make it possible. If you visit Kazaa.com you’ll get to download a simple software application that you can then use to search, download and share music, videos, pictures and even software. 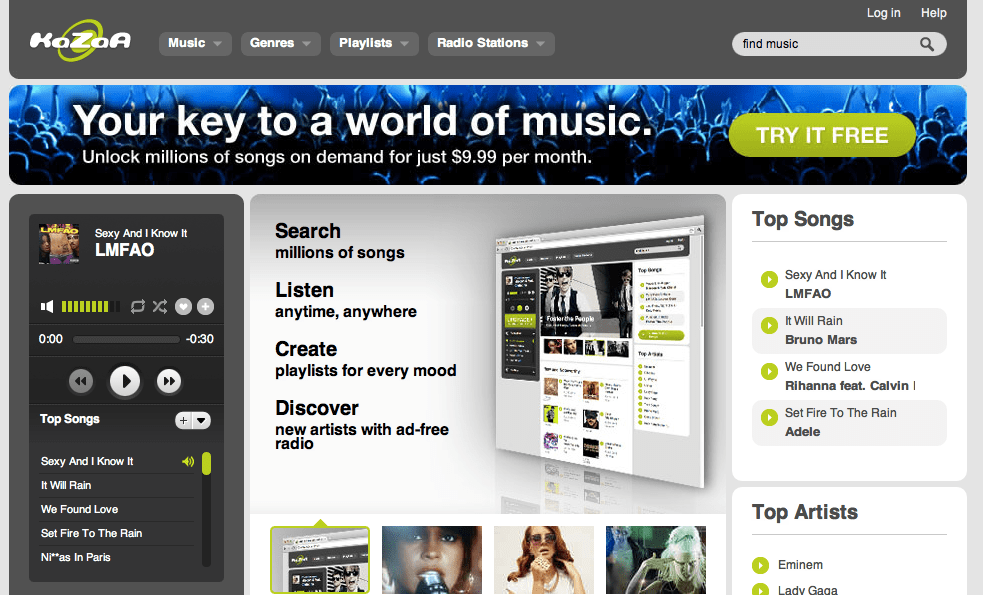 The downloading itself takes less than 10 minutes (it all depends on how fast your internet connection is), and once you have the Kazaa client up and running you’ll be able to share and download just whatever you want.

The files will all be stored in you computer. You’ll be able to see and play them using the built-in player that Kazaa comes with, create personalized playlists with your favorite content and put all the music that you have downloaded in your mp3 player. And of course, the more you share these files then the easier it will be for others to get what they want.

UPDATE: As I’m sure most of you know, Kazaa was the subject of a heavy litigation at the turn of the century. This litigation (which involved the four major companies in the music industry) ended in 2006, when Kazaa’s new owners had to pay $100 million in damages. After that point, Kazaa became a legal service, but most of its users decided to move on – a report by StopBadware.org that identified Kazaa as a spyware application at around that time also played a big role on its falling from grace.

Kazaa.com In Their Own Words

Kazaa.com is a well designed and simple website that provides you with a free software for you computer that will let you search, download and share unlimited music, videos and photos.

How will it fare against its many and strong competitors?