Turning the tables on recruiter AI

Let’s face it: finding work has turned into a warfare. Almost every job seeker is fighting tooth and nail against a horde of equally-qualified applicants to fill almost every position. This current state of general panic has only been exacerbated by the ongoing arms race in the field of AI-automated candidate screening. 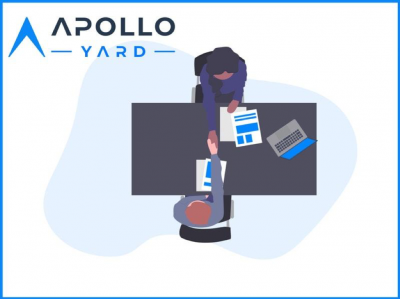 Modern businesses no longer employ low-level HR functionaries to collect, file and respond to the flood of résumés they now receive on a daily basis. Instead, they have machines for that. Machines read most of the résumés that people now submit, and machines decide which résumés are good enough to secure an interview.

Many job seekers take umbrage to this notion, that the person conducting their first interview might also be the very first human to even look at their résumé, but where many see a new and pernicious obstacle, Salil Sethi, founder of Apollo Yard, sees only further opportunity. 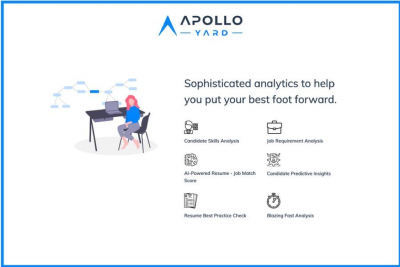 Recognizing the market-wide shift to résumé intake automation a decade ago, in 2009, Sethi developed Apollo Yard specifically to turn automation back into job seekers’ favor. The platform uses the same AI deep-learning tricks as recruiters’ software, but in reverse. Job seekers give it their résumé and the job listing they seek to secure, and Apollo Yard automatically re-writes the résumé in a manner designed to appeal to the recruiter AI that generated the listing.

If you’ve been involved in a job hunt of late, you can probably immediately recognize how valuable this tool is for job seekers. Rewording résumés for specific positions is hugely time consuming, while at the same time being very hit-or-miss. It was difficult to do when humans were reading all the résumés, and now that most are read by black box AI, it can seem daunting to the point of impossibility. Many people just give up and send unedited résumés, which the AIs then dutifully ignore.

Given that now, a decade after Apollo Yard’s founding, almost all initial hiring intake is handled by software, job seekers really need sophisticated software of their own to ensure optimal structure, formatting and content in the résumés they are submitting. With Apollo Yard, they can escape the drudgery of endless rewriting, while at the same time ensuring that the résumés they do submit are as closely-tailored to the job listings that they are pursuing as is humanly (and  computerly) possible.