The Insults Game is Well Positioned to Ruin a Snowflake’s Night.

Trash-talking has become a huge part of competitive gaming culture. From Discord to in-game chat text, deploying a powerful zinger is a great way to increase the fun and effectiveness of your online play.

This type of creative mockery has reached its apogee at the same time as mainstream culture is actively stomping out light-hearted humor gleaned from the expense of others. “Politically Correct” speech dictates, both at home and at school/work have had a chilling effect on how many insults one can spew publicly. For many, the semi-anonymous world of online gaming is the only forum left where they can feel comfortable being creatively deprecating of others. 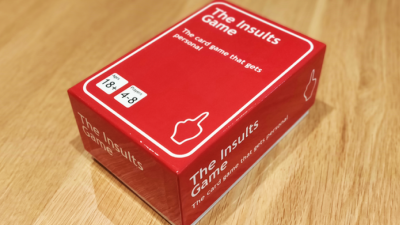 The insult game turns the tables on this overarching cultural phenomenon. It asks “what if creating creative insults was the game itself?” In doing so, it provides a new, safe space for people who want to insult (and be insulted) to revel in their crapulence without the worry of censure by parents or other authority figures.

Developed by George Michael (not the one you’re thinking of) this engaging pursuit combines the simple and repeatable fun of a basic card game with the vast panoply of creative insults that users may contrive.

Gameplay consists of collecting and mixing different hand full of insult-specific phrase and word cards, to create a compound phrase that best elicits laughter (from the other players) and chagrin (from the target of the insult.) It combines all the fun of playground name-calling with the exciting and engaging world of tabletop printed card games.

The Insults Game is currently being promoted on Kickstarter, and is developing a mobile-focused app which will allow players to take their insult-building empire online, and play with other users on the go. 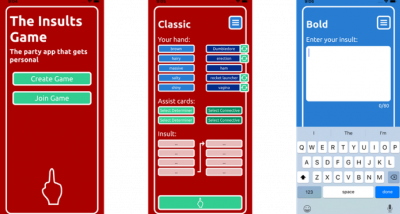 Another unique feature is the ability to have custom cards and box art printed as part of personalizing your own version of the game. If there are key phrases or other in-jokes that you and your friends enjoy, you can have them added, as custom cards, to make your own Insults Game sessions extra special and personal for the players you know and love (to insult.)

Custom box art and card backgrounds mean you can also personalize your Insult Game set with the photos of your friends and family, further deepening the emotional chasm into which the game will cast the people closest to you. If the insults aren’t triggering enough, how about putting your enemy’s face (or team crest) on the cards for when you play? This is great for team sports, or eSports groups who want to really lay into the competition after hours.

The Insults Game is available at on Kickstarter until November 24th, making it easy for you to pick up a copy, with delivery for Christmas Morning guaranteed by the producer. Have an insult-ridden Christmas.