Curius uses Better UI to Remind us Relationships are not Binaries.

Binaries don’t exist in nature. They’re a ruse our neuro-anatomy conjures up to make sense of a complex and senseless reality. This is why many people hold the concept of binaries as so sacred; it’s the best (and often only) way they know to understand life, the universe and everything.

However, since binaries aren’t real, they can be a very limited model for describing things that are spectrum-based, like gender or social incompatibility disorders. Many people love to fight about binaries, because they provide the illusion that one can be either right or wrong on positions of no moral matter.

Curius applies this “nothing in binary” philosophy to its new social network from the ground up. Realizing that “a relationship” can mean many different things to many different people, the constructed their UI to be non-polar. 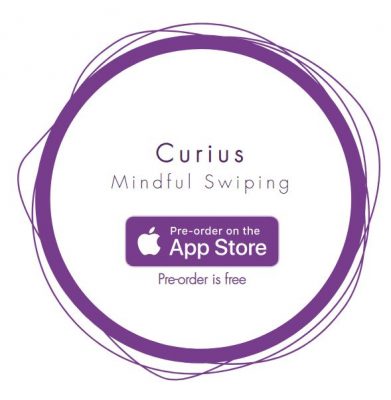 Founder Harrit Diwan approached the common mobile “feature” of “swipe left or right” and asked “what if neither of those responses fits my model?”

George Box famously opined that “all models are wrong, but some are useful,” and the Curius model is definitely far less wrong than the dated and binary left/right touch screen UI interface model.

Curius is designed to take advantage of the full six degrees of separation that the mobile interface offers. Each new suggested relationship allows the user to react in six different manners:

Curious is currently available for iOS closed pre-order, and is developing an Android version as well. You can get yourself on the early access list at: https://www.curiusapp.com/.