Brace Yourselves: A Better Orthosis Solution has Arrived

As a society, we’ve never had more of a craving for physical exercise and fitness.

But with this desire for more active living comes unwanted aches and pains – especially when it comes to knees.  The limitation of knee issues is an unfortunate reality for millions of individuals. Knee replacement surgery is an option, but the exorbitant cost and highly invasive nature keeps most people away.

As an alternative, many opt to wear knee braces due to their affordable cost and lack of surgical requirement.  And while they do provide some relief, current solutions are are stiff, rigid, don’t use natural rubber, and don’t form-fit to the wearer’s body – thus limiting range of motion.  This can put a huge damper on desires for a more active lifestyle. 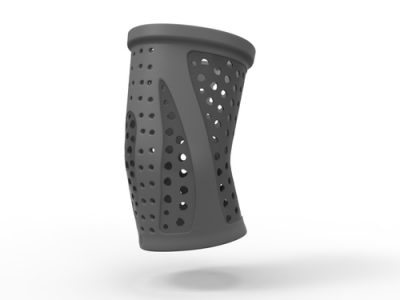 The brace’s proprietary design is centered on a single piece of material that stores force as it flexes – form-fitting to the user’s body and allowing range of motion that similar solutions can’t duplicate.  It was uncovered through design processes that haven’t been utilized in the industry before – including 3D printing and laser scanning of legs.

This result?  SuperSkin helps decelerate distal joint forces throughout a natural range of motion rather than bracing and restricting movement – placing no limitations on who can benefit from its use.  Superstar athletes and weekend warriors alike can now seamlessly return from performance deficits and injury.

Additional features the SuperSkin provides include: 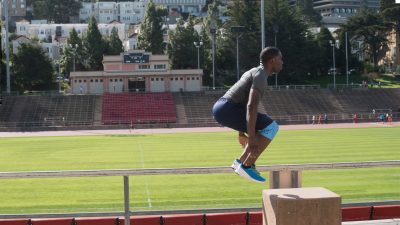 The innovation was conceptualized by Co-Founder Tennyson Wilson back in 2016.  Since then, the company has been in stealth mode – working to secure trademark and patent rights while simultaneously beta testing & researching with the San Francisco States Kinesiology department.

Their early May 2019 launch of a Kickstarter campaign signified the end of stealth mode – and returns have been great already.  SuperSkin had already raised over $4,000 just a few days in, on top of drawing significant customer interest through their Facebook page.

Kickstarter funds will be used to make improvements after a year of beta testing – including decreasing wall thickness, adding alternating friction bumps, and building in a cross strap for additional support.  Looking further ahead, the company plans to release elbow braces, a companion app, and other product line extensions.