Is Your Business “Partnership” As Solid As You Think?

KillerStartups > Startup Tools & Guides > Is Your Business “Partnership” As Solid As You Think?

Good contracts make for good relationships. It doesn’t matter if you and your new business associate are the closest of friends, mere acquaintances or siblings. Yes, even siblings would be wise to ensure they’re covered, should anything go awry.

I urge every person considering entrepreneurship to resist putting personal relationships or financial well-being in jeopardy by failing to clearly delineate the terms of agreement in a professionally prepared, legally binding document. It is not a savvy choice to rely upon what has been said, what was written in an email, or even what was casually drawn up between the two of you. These measures to protect yourself may not hold up in court. They sure didn’t for me. 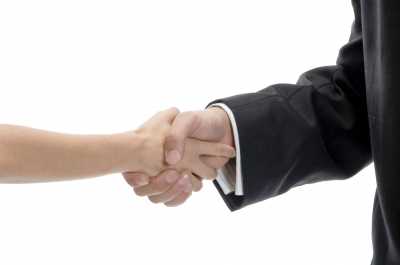 In 2004, I entered into business relationship that I thought was a partnership. My new “partner” and I were going to take the blogosphere by storm with a daily videoblog about Internet culture. (Note: these were the pre-YouTube days, so putting video on the Web was fresh and exciting.)

For nearly two years I acted as a company partner because, well, I thought I was one! Since I was told verbally that I was in a partnership, I acted as a partner in meetings with potential investors, set up the company’s bank account and filed our trademark paperwork. In fact, in order to set up a bank account, we needed a signed contract between company founders specifying the terms of the partnership. I wrote up a quick one-pager, and we both signed it.

The work commitment was as expected for the co-founder of a startup. Basically, I had no social life – everything was about making the show and business a success. Newly 23 years old, right out of college and living in New York’s East Village, I declined too many invites to count to events, parties, and dance clubs. Some friendships faded over time because I was completely preoccupied with writing show scripts and responding to business emails until the wee hours of the morning. As is typical of the entrepreneurial mindset, I put everything on hold for the good of the company.

At first, the show was an incredible success. In fact, we were so popular we could barely keep up with the media inquiries and find the time to shoot our daily videos. Profiled in The New York Times and on CBS Evening News, among many other outlets – and emailed daily by interested investors and potential collaborators – it seemed clear we were on a rocket ship destined for greatness.

Unfortunately, the skyrocketing success of the business was met with the equally speedy downhill slide of our relationship. The partnership became increasingly rocky as we planned to move the show to California. The move was delayed for months, to the point where I found myself subletting a series of New York apartments as I waited for my partner to feel comfortable. 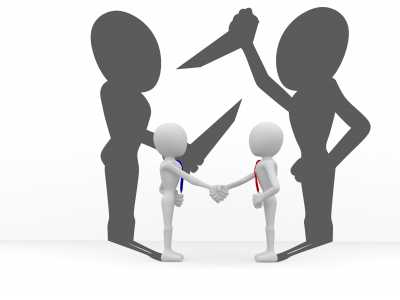 In the end, he never did.

Finally I was given an ultimatum – stay in NYC or you’re off the show. To my amazement, I realized I was being treated as an employee rather than a partner. Since we had only my quick one-page document for an operating agreement, there was nothing I could legally do.

Moral of the story: no matter how nice the guy or gal you’re going into business with seems, you always need a lawyer. I was naive to believe that talk and a self-created contract would hold up in court. That’s because I never imagined I’d need to go to court – why should I? My partner was a nice guy.

My first entrepreneurial pursuit was chock full of some of the highest highs and lowest lows I’ve ever experienced. Yet even with all the heartbreak of this first endeavor, I’m still at it, reaching for more highs with one significant difference: in the two companies I’ve co-founded since co-creating that first one, I have protected myself by hiring a good attorney. Yes, lawyers can be pricey, but it is money well spent. When everyone knows there is a legally binding document signed before the venture starts, expectations are plain and clear to all parties from the get-go. If not, there might be some funny business or eventual rewriting of history.

Have your legal counsel make certain everyone is on the same page, because believe you me, that’s the only place you want to be.

Amanda Congdon is a California based on-camera personality, new media pioneer and healthy food entrepreneur. She has produced and hosted many web and mobile TV projects; her show, AC on ABC, made Amanda the first video blogger for a major network, ABC News. She is currently Co-founder and Director of Operations at Vegan Mario’s™ Organic Kitchen.