Are People Misjudging You Simply Because You Appear Young?

KillerStartups > Startup Tools & Guides > Are People Misjudging You Simply Because You Appear Young?

I get that look a lot when I go into a networking event: the one where someone is obviously wondering who brought their kid with them to a serious business event. I don’t do anything to convince potential clients and contacts that I’m older. I routinely have funny-colored hair (this month, it’s purple), I’m not actually sure if I own a pair of pants that aren’t blue jeans, and I look young enough to get carded every time I go to a bar. I may be 27, but I almost always look like the youngest person in the room, even if there are actually younger entrepreneurs present.

Understanding What the Room Is Thinking

I’ve had some unpleasant reactions to my age in the past. One prospective client told me that he had children older than me that he wouldn’t trust with his car keys, let alone his business. I rather thought that spoke more towards a problem with his children than with my age, but, needless to say, I did not accept him as a client.

But most of the time, when someone young enters a room full of business owners, the immediate assumptions aren’t actually that negative. Without some evidence to the contrary, people may initially think that you’re an attendee’s child or assistant, but once you start talking — provided you take the opportunity to introduce yourself and start talking business — that assumption disappears. It’s going to shift, often to one of a few possibilities: other business owners may see you as inexperienced, which can translate to cheaper than your competition. They might see you as someone who needs to be mentored, especially if they click with you. Or, if you work in a tech field, they may view you as someone to know. 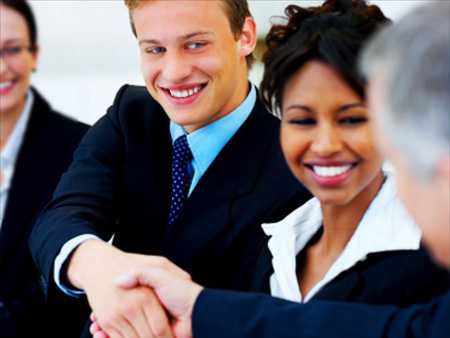 I’ve been pleasantly surprised by how many older entrepreneurs value someone younger’s knowledge about websites, social media, mobile apps and other buzzwords. They may not automatically assume that I’m capable of running my own company on my own, but most people will give me the benefit of the doubt until I prove myself, one way or another.

Of course, there will always be people who don’t think that kids should be running businesses. They see owning your own company as something that you have to have experience and knowledge to manage — and they don’t believe it’s ever possible to acquire those attributes before you’re 40 (or even older). They’re going to be automatically biased against anyone who is younger.

Be civil to these dinosaurs. That’s all you ever need to do. You don’t need to win them over, land them as clients or even get to know them. I deal with someone who thinks my age disqualifies me from entrepreneurship the same way that I deal with someone who thinks my gender does the same. There’s no reason to go any further and trying to convince someone with these biases to take you seriously just wastes time that you could spend on clients and customers who you actually will enjoy working with. 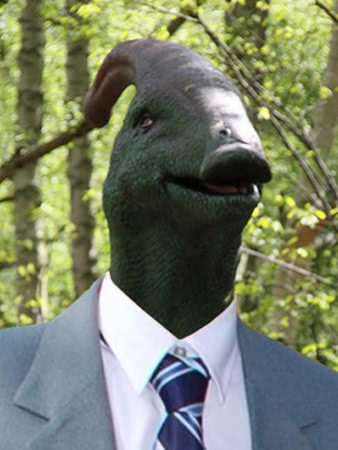 I know some entrepreneurs who go out of their way to appear a little older. They dress for a corporate environment, carry a briefcase and generally play the game. As you might guess from the purple hair, I don’t. I’ve turned it into something of a business strategy as well. I work with a very specific type of client. I go out of my way to filter out people who aren’t going to be a good fit long before we get to talking about possible projects. My appearance is just one of those filters.

If a prospective client can’t take me seriously because they think I’m too young to know what I’m talking about, I don’t need to waste time on trying to convince them otherwise. Without fail, clients that need some convincing are going to need cajoling and comforting throughout the project — a service that I don’t provide. So I let my clients self-select themselves early on in the process.

It’s surprising, too, how often people respond positively to my appearance. There are people who respond to casual clothing or brightly colored hair at a networking event as a declaration of confidence — clearly, if you show up to such an event, dressed in such a fashion, you must be sure that you’re still going to be able to connect with the other attendees. Don’t be afraid to use a youthful appearance to your advantage in exactly that way.

Thursday Bram is the founder of  #FixYoungAmerica: How to Rebuild Our Economy and Put Young Americans Back to Work (for Good), a book of 30+ proven solutions to help end youth unemployment.