Posted by Young Entrepreneur Council on May 26, 2014

What’s the biggest social media blunder you (or an employee) ever made and how did you recover? 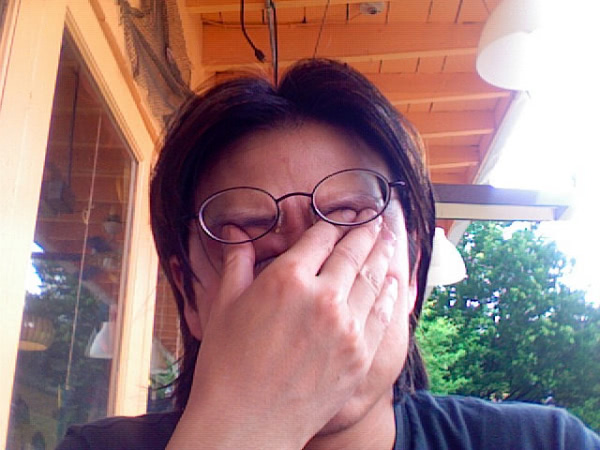 The following answers are provided by the Young Entrepreneur Council (YEC) is an invite-only organization comprised of the world’s most promising young entrepreneurs. In partnership with Citi, YEC recently launched StartupCollective, a free virtual mentorship program that helps millions of entrepreneurs start and grow businesses.

1. Not Responding to Followers

“Before we hired our first dedicated marketing employee here at Chocomize, many of our social channels — although we had a following — were not being maintained. Nobody was listening or monitoring, and thus, no one was responding. This has all changed; we share with our audiences, and they share with us. We are very active on social now, and it’s a valuable source of referral traffic for us.”
– Fabian Kaempfer, Chocomize

2. Not Noticing a Spelling Error

“We sent out an email to all of our users containing a small spelling error. I sent an immediate follow-up email admitting to and apologizing for the error. It was a simple way to humanize our company, and our users didn’t mind a bit.”
– Xavier Xicay, Tuatara Corporation

3. Promoting a Hashtag Before Research

“One time, we promoted the hash tag #spookObama while President Obama was in Las Vegas. We were trying to get him to come by a haunted house attraction in town, hence the word “spook.” However, our team member was oblivious to the word “spook” having a derogatory background. People mostly laughed at it, and we changed it to #ScareObama. Double check everything you write before it goes out!”
– Andy Karuza, Brandbuddee

“When our company rebranded, we somehow didn’t notice that our new logo resembled a pair of men’s orange underpants. Once we got that feedback from people outside of our company, I made the decision to approach the issue head on. I explained the problem in a blog post that went hugely viral, and we solved the logo problem and turned the press coverage into a ton of new leads.”
– Robert J. Moore, RJMetrics

5. Tweeting for Other Users

“We once tried a growth tactic where we automatically tweeted out from our users’ accounts each time they did a conference call on Speek. This rapidly got negative feedback. Even though we’d asked for their approval first, people still felt like it was overstepping. They were right; we immediately apologized and took that functionality down.”
– Danny Boice, Speek

6. Tweeting Personally to Everyone

“Social media marketing can sometimes feel very redundant, like assembly line work. But treating it as such has consequences. The interns were tweeting seemingly personal tweets to some high-priority contacts. Somehow, they didn’t realize that when contacts viewed the sender of this lovely tweet, they would see it 50 million times — as would our followers. The one who informed us got an apology. ”
– Manpreet Singh, Seva Call

“As a co-organizer and social media leader of an international hackathon trip in Sub-Saharan Africa, I started off the event with the wrong hashtag, and my team was really panicked. We didn’t have Internet reception for two hours. Later, when I got back onto the Internet, I discovered that the new hashtag worked better, and the old one had been claimed by a random Swedish music festival.”
– Christopher Pruijsen, Sterio.me

“One of our team members tweeted during a meeting about a comment one of the partners made — not realizing the partner followed him on Twitter. They had a conversation the next day. The partner stressed that team members shouldn’t be afraid to disagree with their boss, but that they should do so in person, not online.”
– Sean Johnson, Digital Intent

“The biggest blunder was when an employee posted a statistic about the ratio of boys who are diagnosed with autism. When people commented on the controversial stat and asked if it is one in 88 or one in 54 boys, we wrote directly in the comment thread some words of clarity and cited both stats, which calmed folks down.”
– Mary Ray, MyHealthTeams

“So far, we’ve had no big blunders (fingers crossed), but our biggest mistake to date is dropping the social media ball over our peak Christmas period. We failed to respond to several customers on Facebook and Twitter, and their feedback was a great wake-up call for us. Customer support should be unconditional and unfailing — no matter how busy you are.”
– Marvin Amberg, Caseable