Snapchat is a very popular smartphone app which allows users to send self- destructing photographs to each other. Think “Mission: Impossible,” but without the mini-explosion and smoke.

More specifically, Snapchat is a new way of communicating in which I could send you any picture that I have taken with my iPhone, but only allow you to see it for a short duration of one to 10 seconds. To see my photo, you would have to open your Snapchat app and touch the screen with your finger, during which time you would be able to view the picture only for the number of seconds I have determined, and only within the app. Once your time is up, the app permanently deletes the picture, forever. 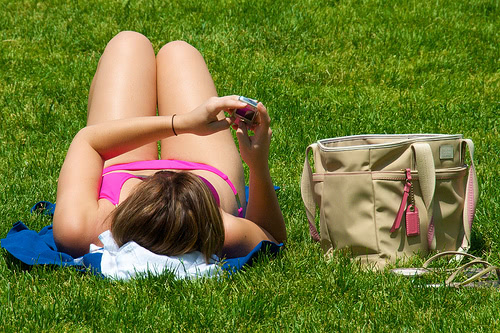 It is social media at its best in that it enables users to send highly personalized and private messages to each other through an efficient, objective- oriented real-time communication protocol… but it also breaks the rules of social conversation and sharing that were previously defined by the reality of permanency and inherent loss of control over where your posts and messages could end up.

Snapchat Isn’t That Evolutionary, But It Is Worth Billions

If you think about it, this Snapchat effect is not really an evolutionary advance in human communications. Rather, it is a disguised reversion to the ways we have been speaking to each other since the telephone was invented over a hundred years ago. When telephones were our only option, everything we said to each other was shared in real time, just like the way we currently send messages to each other on our smartphones and computers. But once we hung up, there was no way we could relive, replay or share that conversation with others (unless, of course, you work for the NSA).

Email, text messaging, Facebook, and everything else we use today to communicate with each other have eliminated the fleeting quality of conversations, and have allowed us to speak with more people in less time, but not without requiring those conversations to be permanently engraved into someone’s digital “wall,” smartphone or hard drive.

At first, this transformation from “now” to “now and forever” was liberating because it exponentially expanded the reach of our voices and helped us stay connected to more people in ways that were previously impossible. And although we knew that things we said within our digital world were permanent and irreversible, we found comfort in the fact that only our friends, family and peers would have access and know-how to participate in things we had to say online, and that those we didn’t want to share our thoughts and ideas wouldn’t be a part of those personal discussions. This paradigm is exactly how Facebook became popular; when this social network started, it was available only to college students, which meant that parents, teachers and employers were forbidden from seeing what we had to say about life, school, work, etc.

Today, anybody and everybody can join the most popular social networks…and by my standards, they have. Facebook, Twitter, Foursquare, Yelp, eHarmony: There is a very good chance that both the generations below you and above you are online. This means that in addition to your children, nieces and nephews, your parents and even your grandparents are connected to you online as much as they are offline — if not more so. (I, as an example, communicate with my parents more through email and Facebook than I do in person or by phone… and my mother-in-law is undoubtedly the subject of nearly all of our family’s Skype sessions). Yes, there are these “privacy settings” we are allowed to set within these various social forums, but they seem to be getting less and less relevant and protective each year, especially as social networking companies become publicly-traded corporations and succumb to the needs of higher earnings expectations, which can only be met with more and smarter advertising, often at the expense of more details about who you are and what you do on a minute-by-minute basis.

Random fact: My 60-year-old parents take and share more selfies of themselves than my 16-year-old niece. Now that I think of it, I hope they’re not on Snapchat.

This digital proliferation and the social network ubiquity it has created is the very reason why Snapchat is apparently worth more than $3 billion, and more importantly, why the rules and norms of social media marketing (which as of just last year provided significant guidance as to how small businesses should advertise their businesses online) have evolved yet once again. Without even having to go into an unbiased comparative exploration of the many different social marketing strategies we have implemented over the past 18 months at Red Mango, I can tell you with absolute certainty that our company’s social media marketing efforts have been less effective in 2013 than any prior year, a fact that is of particular interest to us because Red Mango customers are predominantly Millennials born with digital DNA.

Snapchat is the emblematic example as to why our advertising on channels like Facebook and Twitter has become less efficient on a dollar-for-dollar basis. Heavy users of social networks who were previously spending a significant amount of personal time on popular “traditional” environments like Facebook and Twitter are no longer doing so. And a large majority of these heavy users are customers of Red Mango, as they are of many other retail businesses that cater to values and ideals that are important to popular culture and society.

There are many differing reasons people cite as to why this change is happening, but the reason I find to be the most compelling is in many ways connected to the fact that my parents, vendors, co-workers and even franchisees are now active citizens of the same social networks in which I was once able to share thoughts and ideas that I may not want to share with the entire world.

Yes, social media is popular because it allows us to stay connected with each other in fluid and multidimensional ways that were previously impossible. However, the power and longevity of the social networks in which we thrive is more critically dependent on our ability to be who we truly are (or more often, who we want to be) without having to worry about what “other people think”, or about the impact our personal thoughts or random ideas may have on the existing real world relationships that we don’t want to change. As humans, we are at our most comfortable states of being when we are in places where we thoroughly understand everyone and everything within the immediate environment we often call our safe zone. And this environment is only possible when the conditions of privacy we are promised are much more than a long set of rules drafted by attorneys who expect us to simply click “accept.”

The magic of Snapchat’s disappearing photos is exactly the kind of tangible privacy that we value more than the jargon most often found in that obscure section of a website called “our privacy policy.” And when consumers feel protected by a level of privacy they can feel, see and trust, they will spend more time being themselves sharing their true ideas and real preferences in digital worlds like Snapchat that all businesses should strive to become a part of in order to become effective and relevant marketers.

Why Small Businesses Stand to Benefit the Most

All of this points to the fact that social media marketing needs to become more targeted and personal than ever before. Broad audience advertising may continue to enter our homes through television sets and radio stations, but advertising that actually influences people to develop a strong personal affinity towards goods and services will only happen when consumers allow brands to become a part of environments where guarded suspicions of traditional advertising are no more, and where a genuine invited interest sets a trusted transparent platform on which consumers can feel comfortable learning more about the things they are interested in buying. And the most effective way to do this is for companies to think and act like individuals with unique personalities and voices that people can actually see and trust.

Taking Snapchat as an example, brands that want to reach people through this channel will have to become a person on Snapchat… somebody who not just talks, but also listens to everyone who has something to say. Brands need to become people in order to develop an authentic online presence that consumers trust.

So the next time you hear about Snapchat, I hope you will not only know what it is, but more importantly understand how people’s inherent desire for comfort and privacy will continue to position social media marketing as a form of effective advertising that will remain accessible to small business owners, and that will continue to help level the marketing playing field for all businesses regardless of size.

Yes, you can send me a Snapchat, if you want to see what it’s all about. Find me at dankimsnap. 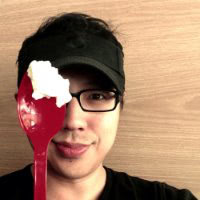 Dan Kim is the Founder and Chief Concept Officer of Red Mango, a leading national frozen yogurt and smoothie franchise with more than 260 units. He regularly engages with almost 2 million followers on his Twitter accounts @dankimredmango and @redmango and Facebook fans base for /redmango and /dankimredmango. He is also active on his personal Facebook account at /frozenyogurt.