Plenty of entrepreneurs have found success with their crowdfunding campaigns. Failure though, is always a possibility – even when the end is in sight and it seems to be a sure thing. Crooked Bottle, an aspiring local brewbub, learned that lesson the hard way.

The Portland Oregon-based project, which hoped to double as an educational space to learn the art of brewing as well as partner with a food cart, launched a Kickstarter back in June. They had their eye on the prize – to the tune of $25,600. By July 2nd, their deadline, they had only rased $25,357 – just $243 short of their goal. And because it’s Kickstarter, the project was labeled “Funding Unsuccessful,” and they won’t receive a penny of that money. 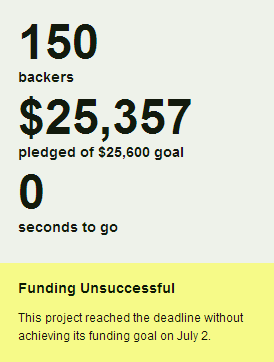 While the owner-hopefuls of Crooked Bottle say they won’t try this again because of how much work it was the first time around, this shouldn’t scare you away from crowdfunding. Here are some of the reasons why Kickstarter campaigns fail along with tips on how to keep your campaign from losing steam at the last moment.

Keep it Realistic and Obtainable

Could they have penny-pinched a little more, and asked for, say, $300 less than they did? Maybe, maybe not. Just keep in mind the simple fact that the lower your goal, the more likely you are to achieve it, all else the same. 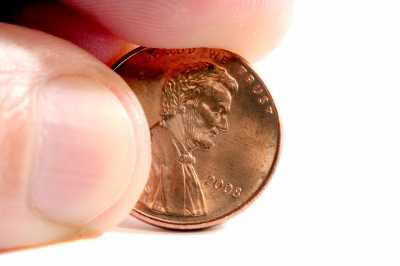 It seems like they could probably have made do with $25,357. With a goal that large, an all-or-nothing approach is just asking for trouble – and really, you could probably find the remaining $243 (or whatever it may be) after the fact if it’s truly needed. This tragedy could have been avoided just by using Indiegogo.

Maybe everyone involved (and their friends and relatives) had already invested their life savings in the project. Don’t put yourself in that position – either keep a credit card handy, or some back-up investors ready to give the campaign that last push.

What other tips do you have to save fellow entrepreneurs from the grief of a failed crowdfunding campaign?