The (Unexpected) Spots Where The Biggest Tech Companies Were Born [Infographic] 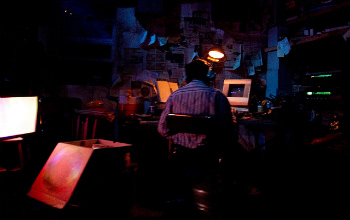 Everyone knows the legend of Steve Jobs and Steve Wozniak inventing Apple in the garage of Jobs’ childhood home but did you know that they’re not the only ones? Some of the most successful startups got started in some pretty surprising places.

In my conversations with entrepreneurs over the years, one commonality has shined through all of the interviews: big ideas almost never come to people in traditional offices.

In the shower, on a run, while driving, after two or three beers… These are the places where creativity strikes for most startup entrepreneurs. And, of course, since we’re all doing the best we can to save money by bootstrapping, our first “offices” are more likely to be in an apartment living room than anything that even resembles a cubicle.

With that in mind, here’s an infographic from Washington State University for all of you whose moms won’t leave you alone about getting a “real job,” whose girlfriends or boyfriends don’t get why your apartment is now full of socially awkward dudes who won’t look away from their Macs, for those of you who know it’s worth it to take over the family garage. There’s also some more information about where, exactly, co-founders meet. Check it out.