How To Travel On A Bootstrapped Salary

KillerStartups > Startup Tools & Guides > How To Travel On A Bootstrapped Salary 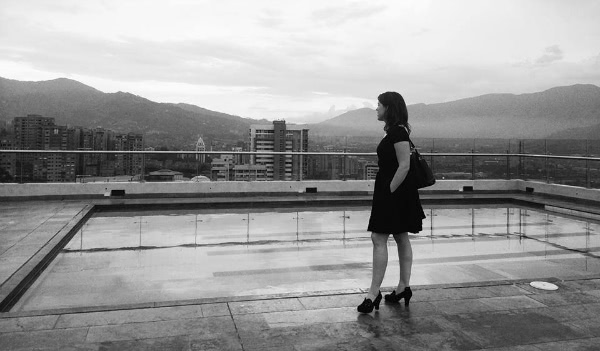 Since March of last year, I’ve traveled to nine countries. Of those nine, I’ve lived in five – by which I mean I had all of my stuff with me and wasn’t paying rent anywhere else. I’ve devoured steak and wine in Buenos Aires, explored the Casco Viejo in Panama, lived in a mud hut in Chile, spent Christmas day riding a scooter all over a volcanic island in Nicaragua, and partied in Medellin’s infamous Parque Las Lleras.

My job? I’m a professional blogger. My income? Probably not as high as yours.

So how do I afford it? Keep reading.

For most people, travel means vacation, which means loss of wages on top of plane ticket and vacation rental costs. For my boyfriend Ben and I, travel is just how we live.

Ben is a designer/startup founder and I’m a blogger, and I think the only thing we could count as a vacation during this past year and half is when we went to a four-day music festival in June. Ben works at least six days a week (let’s be real: he works every day), and while I try to stick to the traditional five, I’m often hustling freelance work on weekends.

We work on airplanes, on buses, in our living rooms, and in coworking spaces. We work more than almost anyone I know who has a traditional 9-5 – and we never take vacation. In order to afford to live the life that we live, vacation simply can’t be a part of the equation. The payoff, of course, is that we get to experience parts of the world in a more in-depth way than I think any vacation could ever provide.

2. We don’t have the things that you do.

Things that we don’t have: mortgages, car payments, cellphone plans, children. Take a minute to think about how much of your monthly income goes to all of the things that modern Americans spend money on. It’s a pretty hefty portion, isn’t it?

When you’re in a new country every couple of months, there’s no sense in buying a cellphone plan. And when you add the fact that you probably don’t know many people in your new home, you end up spending less on credit. We obviously have no need for cars (taxis and public transit are so much cheaper too!), and I honestly can’t even contemplate the idea of a mortgage or kids right now.

When your whole life has to fit into a checked bag that meets the weight limit and a (usually overstuffed) carry-on, you make hard decisions about what you buy. We can’t acquire knick knacks or expensive electronic equipment or fifteen pairs of shoes. Our kitchens are equipped with whatever the apartment comes with and our furniture isn’t ours. “Stuff” is simply not an option and shopping is not a viable hobby.

Because Ben and I do short-term and vacation rentals (we don’t usually spend more than three months in one place), our rent is definitely higher than it would be for a long-term resident. However, our beautiful, fully furnished one bedroom in Buenos Aires was $800 a month; our giant two-story place in Guatemala was $675. The most we’ve paid since leaving San Francisco in April was $1,200 a month for a Colombian apartment in a luxury high-rise with a pool, sauna, and gym on the roof.

Compare that to the $2,000 per month we were paying for one room in a four-bedroom apartment in San Francisco. Looking pretty good, isn’t it?

5. Food is a fraction of the price.

Food in the States is ample – but it’s also expensive. When you live in other countries, you quickly find that “buying local” isn’t just a fancy trend; it’s totally cost effective. Small butchers provide fresher meat for cheaper, and, if you get your bread from the panadería instead of the super grocery store, it’s not only better but costs half the price.

Sure, you may not have as much variety in grocery stores or in restaurant choices (what I wouldn’t give for good Vietnamese food!), but if you shop right, there’s no way to not spend much, much less on food every week.

6. Our biggest expense is plane tickets.

Sometimes that cost goes onto my credit card. I’m going to be totally honest here – that debt is higher than I’d like it to be, although still lower than most people my age. I’ve made the very conscious choice that adding a couple of thousands of dollars to my debt is worth it at this time in my life.

The reasoning is simple: When am I ever going to have the freedom that I have now again? Eventually I do want all of the things I don’t currently have – a permanent home, kids, a car. (Well, maybe not a car, if I can help it, but you get the idea.) Right now, being 27 in 2014 and able to write coherent articles that at least some people want to read means that I can enjoy the freedom of packing everything I own into one bag and hopping on a plane when I choose to.

This life, of course, isn’t for everyone. I struggle with loneliness every day. I hate that I almost never get to see my brothers, and it hurts that my goddaughter is growing up without me. I miss having a community, and I freak out at least once a month about what my future is going to look like.

But if you have that travel itch, you have a skill that translates to working online, and you’re willing to work your ass off for what will most likely be a pay cut? Do it. I don’t think you’ll regret it.