Posted by Young Entrepreneur Council on May 22, 2013

Companies of all shapes and sizes are now facing higher levels of uncertainty and considerably fewer resources to spend on even top-priority initiatives. The result has been a growing significance of a certain type of employee: dynamic, consistently effective, endlessly useful, and enjoyable to work with. 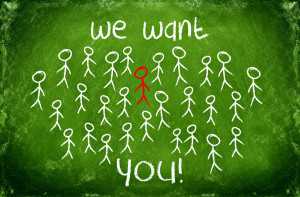 These people can be hard to spot in advance, but when you have one working for you, you know it right away. At ReWork, we’ve found that these indispensable employees tend to share eight common traits. Here they are, along with some advice on how you can uncover them.

The information age has been upon us for sometime now. Anything we could ever hope to know is at our fingertips, including best practices, trouble-shooting guides, top-10 lists, and the Twitter handles of people who are far more experienced than we are. But not everyone can access this information equally.  Most are still overwhelmed in this sea of knowledge.

If I asked you to conduct a feasibility study on effective conservation techniques to protect the rare aquatic pygmy sloths of Panama, how quickly could you find a template for such a study? How long before you would be in touch with a niche conservation biologist who studies those animals to help advise you?

If your answer is anything over two hours, you’ve got room for improvement (seriously).

The ability to work well under uncertainty, and to continue after (substantial) setbacks.

Most organizations are now experiencing increased instability and uncertainty, and thus, using shorter planning horizons. Teams in all functional areas are seeing more tumultuous work streams with changing goals and deadlines. Some people have a strong tendency to mentally lock-up under those conditions. The results aren’t good: decreased performance, irritability, fear, and tensions with other team members. Resiliency is the ability to maintain smooth sailing through those situations.

A healthy esteem for one’s abilities and approach to life; an innate knowledge that “I can handle it.”

The line between confidence and arrogance is fine, as we all know. Nobody wants to work with people who think they are always right. But there is no substitute for someone who truly, with good reason, believes in his or her ability to handle any situation and figure it out.

The trait of not only being able to accept constructive criticism, but of actively seeking out consistent feedback and mentorship; the trait of intentionally cultivating a beginner’s mind; the essence of a learner.

Especially for those early in their careers, this is key. Nobody knows everything, and there are lots of people who’ve been there and done that, with failure and success. Having a genuine interest in learning from them–even when it’s hard–is incredibly useful. 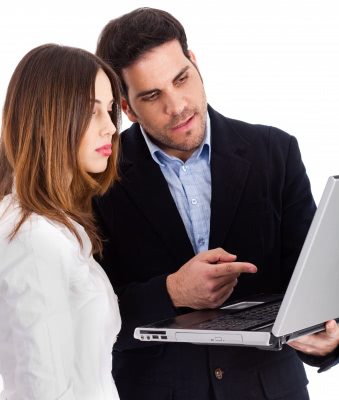 The ability to bring one’s full range of skills and strengths to bear in different and new situations, including both on teams and in individual settings.

This is pretty straightforward. Managers need to know that they can re-shuffle and re-allocate people as needed. Sometimes, that means logistical changes and deadlines shifts. Other times, it means entirely new workflow compared to the status quo. The more adaptable the person, the wider a range of settings he or she can be sent into.

The ability to work your a** off; good old-fashioned hard work.

Similar to confidence, there is nothing like a dose of serious hard work. Can they crank for 8 hours straight when push comes to shove? Can they pull an all-nighter if they have to? Do they complain when mind-numbing tasks are required, or do they just do them, and do them well?

The ability and willingness to develop a long-term relationship with a team, organization, or cause.

As careers fragment further and further (current college grads will, on average, work for 14 different employers before they retire), the days of long-term work relationships seem to be fading fast. And truthfully, they probably are. But that doesn’t mean people like to work with others who’ll take off at the first sign of trouble or greener pastures.

Note: Be careful with this one. Just because someone left a job (or jobs) in short time periods doesn’t mean they don’t have loyalty–it just means those places weren’t able to command their loyalty.

This one is another fine line situation. Being principled is relatively rare–but being judgmental is quite common. Principled doesn’t mean casting judgments left and right; it means being willing to speak up when something wrong is about to happen. Human beings have an instinctual urge to follow those who show a strong sense of ethical concern, and every manager can sleep better at night knowing they can trust their team with sensitive information, delicate situations, and brand equity. Hire people who live their values, and you’ll develop a fantastic company culture.

Find these eight traits in the talent you bring on, and your organization will be thanking you for years to come.

Nathaniel Koloc is co-founder and Managing Partner of Strategy at ReWork, a Colorado-based start-up that matches exceptional professionals to jobs at for-impact companies. In this role Nathaniel is responsible for team coordination, strategic partnerships, brand evolution, and new service development. Nathaniel is an Unreasonable Fellow (’11) and a StartingBloc Fellow (’10), and holds a Masters of Science in Strategic Leadership toward Sustainability.