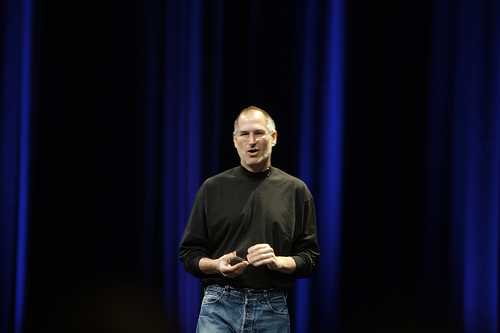 Steve Jobs is renowned for his first-class Apple products. But did you also know that he was a great negotiator? Five of his best negotiating secrets were recently revealed in these court-filed emails between Jobs and James R. Murdoch over an e-book distribution deal between HarperCollins and Apple.

In short, HarperCollins wanted Apple to offer payment terms similar to what Amazon was offering, or about $12-$13 on new e-book releases. Apple wanted to offer $9 (about 75 percent of that). HarperCollins didn’t want to accept the terms.

Here are five tactics Jobs used to negotiate throughout the exchange — without once being pushy or rude:

1. Be Willing to Walk Away

2. Sell Others on the Big Picture

Jobs says that he believes an e-book revolution is coming and that Apple will be at the center of it. And he uses numbers to back up his claims: Apple sells more iPads than any other company, Apple has 120 million customers with credit cards already in their system, and Apple led this same revolution in the music industry with its iTunes store. Back up your demands with evidence.

3. Make the Other Person Try to Compromise First

Silence is a common tactic used in face-to-face negotiation because it makes the other person uncomfortable. When someone feels uncomfortable, they start to fill dead air by revealing their bottom line or willingness to compromise. The next time you are in a negotiation, practice silence. You’ll notice that the other person immediately begins to negotiate against him or herself (unless he or she knows this negotiation secret, of course).

Jobs did not engage in any negotiation; he essentially re-explained Apple’s terms and let Murdoch negotiate with himself. In his next email, Murdoch pushes for compromise, hoping that Jobs would give a little as well. That’s when Jobs went in for the kill with his final email.

4. Lay Out the Other Person’s Options as You See Them

This is a common tactic used in negotiation; you lay out the other person’s options as you see them to make sure that what you want looks like the most attractive option. Jobs did this by declaring to Murdoch that he only had three options:

In reality, Murdoch probably had plenty of other options, but this simple list instills fear. In contrast with the second and third options, Apple’s terms don’t seem so bad.

In his emails, Jobs shares social proof such as:

“All the major publishers tell us that Amazon’s $9.99 price for new releases is eroding the value perception of their products in customer’s minds.”

Of course, not “all” major publishers believe this; HarperCollins, the publisher he’s trying to get on board, obviously does not agree!

“Apple is the only other company [besides Amazon] currently capable of making a serious impact [with e-books], and we have 4 of the 6 big publishers signed up already.”

It’s hard to argue with the fact that four out of the Big 6 publishers had already agreed to Apple’s terms. People prefer to do the less risky thing, so if you can convince a few, you can use their initial endorsement to convince the rest.

Can you apply these negotiation tactics while still being likable?

Yes, if you follow Jobs’ lead. Jobs was never rude or pushy; all he did was share his dead-on insights, back up his ideas with logic and reasoning, and put himself in the other person’s shoes to seal the deal.

At the core of his negotiation style was the confidence that he was right about where the e-book industry was going. He had a strong track record of predicting and creating the future he envisioned, which bolstered his claims as well.

And who could say no to that?

Jay Wu leads Innovation at A Forever Recovery. In his startup experience, he has built a digital marketing agency, a content network, and an e-commerce store. Jay speaks in the Bay area about social media marketing, SEO, and current trends in the internet-startup industry.