The Power of Celebrity Involvement in Startups

The power of celebrity is not limited to social circles and red carpet after-party admissions. Many famous celebrities have successfully capitalized on their celebrity to cofound and grow their own companies to elevated heights.

In the past, celebrity involvement in a venture was limited to stakeholder buy-ins and endorsements. But a new generation of celebrities has begun to foster their own personal entrepreneurial spirit — and they have inspired and infused the same in Hollywood. Many celebs have put their personal assets and money — not only their fame — into the build-and-scale technology-enabled companies. 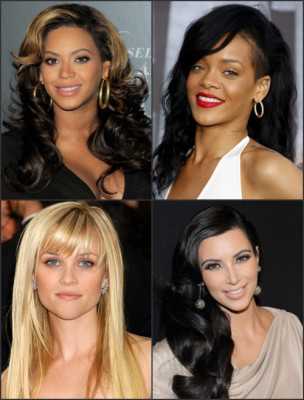 Gwyneth Paltrow owns the wildly successful retailer Goop, Gary Vaynerchuk runs his own online media conglomerate, and Beats By Dre has become a household name. Jessica Alba has been able to leverage her fame and industry connections to raise over $70 million in Series C venture funding for her company, The Honest Company. Shows like Shark Tank, Dragon’s Den, and the ability of startups to advertise for funding, has shown a clear trend — and this trend is about to explode.

Here are just four reasons that highlight the power of celebrity involvement in any startup.

Slated as the number one reason businesses fail is insufficient cash flow. Genuinely, many startups struggle to acquire the necessary capital they need to fund their business plans and keep them running until the product or service can stand on its own, monetary-making, feet.

Investors look to business leaders they can trust, who have the prowess to produce a viable product, earning them a worthy return in capital. We tend to trust what and who we know, and most people are familiar with celebrities.

Take actress Kate Hudson’s startup which sells fitness products online. While all products are high-quality, the idea itself is not unique. Fortunately, Hudson and company were able to raise $85 million in Series-D funding and the company is worth over $1 billion. Hudson now has plans to significantly expand Fabeletics to become a global giant.

Investors and customers rely heavily on social proof (i.e., reviews, endorsements, etc.) to decide whether or not they should purchase from a brand. One study purported that consumers have an easier time recalling a product that is endorsed by a celebrity.

Think of Jennifer Anniston’s Smart Water campaign, Kylie Jenner’s (now disastrous) Pepsi campaign, and Britney Spears’ famed Got Milk campaign. Influencer marketing is nothing new, but celebrities bring along their own influence and the influence of others, which is quite rare.

Celebrities and influencers also have access to thought leaders and bloggers in their industry that can give startups some much-needed buzz. Consider the countless interviews Jessica Alba has down on behalf of her company with small magazines and bloggers to drive traffic to her company’s website.

Celebrities like Kevin Hart have built a tech network through their investment, including backing companies like the talent booking marketplace Special Guest App cofounded by comedian / actor Damon Wayans Jr. In the case of Special Guest Damon was able to promote Special Guest last year on National TV during his interview on the Ellen Show.

People want to interview celebrities and want to hear from celebrities. Not only do celebrity influencers open up online opportunities, but also speaking opportunities at conferences and trade shows that go a long way.

Finally, celebrities carry a certain amount of influence with their audience that can encourage greater brand loyalty and recall. Whether it’s gaining initial traffic to your website or getting some social shares, having celebrity involvement in a startup eliminates much of the footwork required to build a following.

As this trend continues to explode, it won’t be inconceivable for the tech industry and Hollywood to become much closer. For all of the benefits, the tech industry has enjoyed from this, one could call it a perfect marriage.