How Much Did It Cost To Build Facebook? I’ll Tell You, But Here’s Why You Shouldn’t Be Asking

KillerStartups > Startup Tools & Guides > How Much Did It Cost To Build Facebook? I’ll Tell You, But Here’s Why You Shouldn’t Be Asking 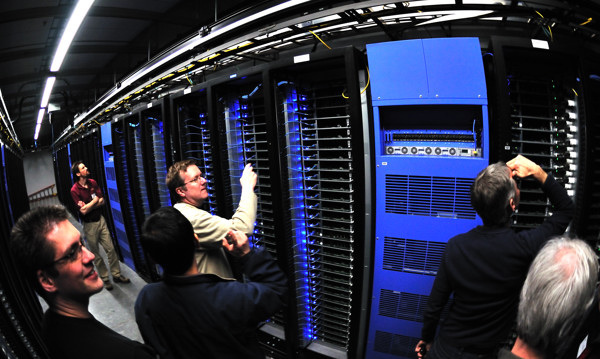 Remember when Apple Maps first came out? Everyone slammed the navigation software for falling short of Google Maps, but actually, Apple Maps’ programming was much more solid than Google Maps was at that point in its development cycle. (This was long before Google sent its cars onto the streets to collect data for Street View.)

The problem was that people were comparing Apple Maps in its very early stage to where Google Maps was after years of enhancement.

But this brings up an important question: If one of the largest companies in the world couldn’t create something to compete with Google, what gives you an edge?

When you say you’re building the Facebook of X, be prepared to enter into an agreement with a naive developer or to get laughed at by a smart one for your measly offer to write 40 million lines of code.

Don’t understand? If you’re in the tech space — or any industry — for anything other than love, you’re going to buckle under the workload. Google and Facebook may seem like simple sites. WhatsApp and Evernote may look like simple apps. But they’re much more complex than meets the eye.

If you think you’re going to build anything that competes with them, consider the costs and resources these programs require. Replicating what Facebook has isn’t the best plan to start because:

Just to give you some perspective, a million lines of code can cost between $20 million and $40 million to write. This is factoring in the salaries of all the programmers you’ll need to hire to write the code; the analysts you’ll need to test it; and the copywriters, designers, and project managers you’ll need to maintain it.

You could essentially build your own Antilia, and it would be cheaper than building Facebook with its estimated 60 million lines of code.

And that’s just its main site. While you’re trying to raise even the tiniest fraction of the necessary amount, Facebook and WhatsApp will have added more features to make you an afterthought. Using this math, you’re going to run out of room for the zeroes on the check to cover the costs of Facebook’s development. Just keep that in mind when you want to replicate the features it provides in your next web application.

Even if you could afford to build the site, you have to attract users, which costs lots of money to acquire through marketing. Facebook has invested billions of dollars to attract its billion monthly users. Scaling to this level isn’t feasible for any company right away.

In the time it would take you to build the next Facebook or Twitter, Snapchat and Instagram will have taken over, and you’ll still be playing catch-up. The tech space moves quickly, and you don’t know who could be making a similar product. Unless you wrangled Chuck Norris for an equity gig, your underpaid developer and his intern won’t be able write the millions of lines of bug-free code quickly enough to beat the competition to market.

Many businesses fake it until they make it. Dropbox released a video demonstrating the simplicity of the app on its site before the product was even close to complete. Coin started without even having a shippable product, and it has been collecting thousands of pre-orders. These are the companies you’re competing with for a shot at becoming the next Jeff Bezos, Mark Zuckerberg, or Tony Hsieh.

But these success stories didn’t happen overnight. Like every venture, you have to practice patience and take the right approach. It takes time to nurture a product and set it up for long-term stability in the market. Consider these tips for building a realistic product:

Then, get a simple working product out on the market as fast as possible. Don’t rush through testing, but don’t dwell on it either. As soon as you get a tangible product in people’s hands, you’re on the ground and moving. You have a growth point. Focus on that instead of trying to become the next big guy.

The tech sector is difficult to break into. I don’t mean to step on your ambitions, but understanding reality will help you create a more realistic plan to get your web startup off the ground and secure capital. As a startup, you can adapt, innovate, and move faster in this cutthroat space. Use that to your advantage as you create the next big thing.