The Tech Industry Is Suffering From A White Guy Problem

I probably don’t even have to say this at this point (because it’s beyond obvious) but I’m going to, because I think we need to keep saying it anyway: There is an overabundance of straight, cisgender white men in the tech industry. This is a problem.

This is a problem because:

1. Tech is one of the fastest growing/best paying industries in our slowly recovering economy. Shutting out anyone who doesn’t fit the rich white male image of ruling America means closing the door of opportunity to a huge number of people.

2. The industry itself suffers when one perspective is overrepresented. Our customers are widely diverse; our teams should be too. 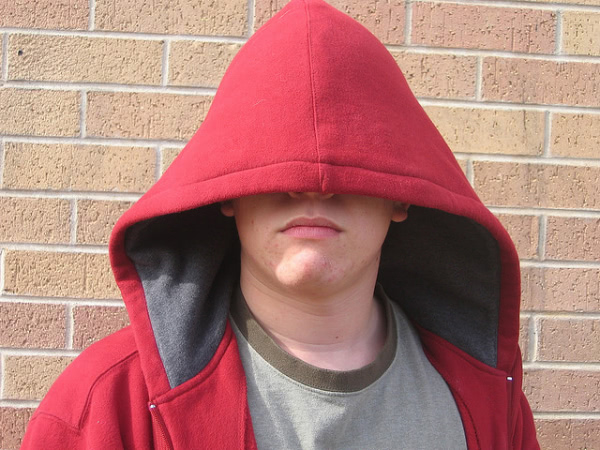 As a woman who works in tech with a non-white (straight, cisgender) boyfriend who also works in tech, the lack of diversity is disheartening at the least shitty level and potentially career-wrecking at the most. Every time I read about a “Hackers and Hos” party, read an article about how women have to be conventionally attractive in order to secure funding or the latest stats on people of color in Silicon Valley, my inner 10 year old activist who had to change teachers in 5th grade because Ms. Lane wouldn’t stop calling us “guys” rears up, fists shaking.

There are many, many blog posts out there that cover the multitude of reasons why this disparity in both gender and racial/ethnic diversity exists (societal inequalities, institutional bias, to name just two) and why it shouldn’t (including the two very simplified ones listed above) so I’m not going to go further into detail here on that front. What I am going to do is share this amazing chart tweeted by Amelia Showalter under the excellent #ChangeTheRatio hashtag, spearing the all-too common problem of heterogeneity at tech conferences: 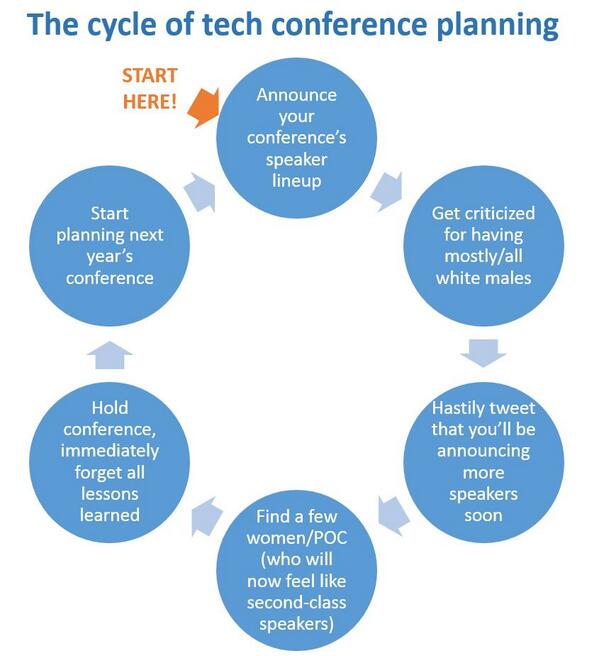 While Amelia’s chart is meant to be satire, the truth is that this cycle seems to be exactly what happens each and every time a new tech conference launches. The dudes who are running it call up their dude friends and they all have a big dude fest together. Then, when the rest of us call WTF, they backpedal and find some token POC and/or women to diversify their panels.

But, guys, no one likes feeling like a token.

So stop making us feel that way. Stop perpetuating this bullshit cycle of sin and repentance because, honestly, no one believes you anymore. If you’re so scared that you think opening the country club doors to people who maybe look a little differently than you will screw over your chances, then clearly you’re not up for competing in the very meritocracy you claim to believe in.