Turn Your Office Pool Into A Team-Building Skill Swap

It’s that time of the year again. Every March, tens of millions of people participate in an NCAA Final Four office pool. I’ve filled out office pool brackets since I was 10 years old, when my mom would bring hers home from work. 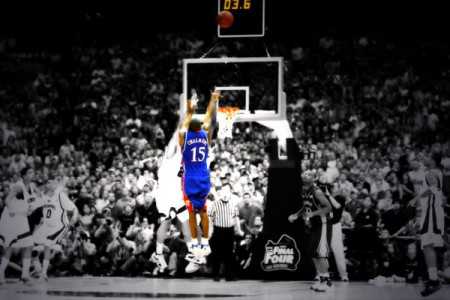 Stop Me If This Sounds Familiar

Many office pools are free and exist to increase office camaraderie. Those that do involve money usually keep the stakes friendly –  everyone throws in a nominal sum, usually between $5 and $20, and fills out a bracket. When the tournament is over, whoever had the top two or three brackets (often the non-sports fans) split up the winnings. Then everyone forgets about the whole thing until next year.

Wash, rinse, repeat. Yawn. The standard office pool is boring and doesn’t create the office camaraderie everyone hopes it will.

There’s a better way to run it that’s more fun and brings employees closer. I call it the Skill Swap.

In March of 2009, I was one of nine people attending Seth Godin’s Alternative MBA program. I wanted to run a Final Four pool for the team but nobody else cared about college basketball and they certainly didn’t care about gambling a $10 entry fee. So I changed how it worked.

Instead of throwing in $10, everyone donates a skill. Something they are good at. There were 10 of us, so 10 skills were swapped. The donated skills are listed publicly so people can browse the list during the tournament and learn more about their colleagues.

After the tournament, instead of winning money, the winner of the office pool gets to choose first from the donated skills. Second place gets second choice, and so on. Jon took first and chose Becca’s guided tour of Manhattan. Susan took second and chose Jon’s kayak lessons. Seth took third and chose Susan’s offer to design an e-book. And so on…

Here are some free templates to help you run your Skill Swap office pool.

The skill should be something that can be delivered or taught in two hours or less. You have one year to redeem the skill or it expires.

Why Skill Swap Is Better

People generally do office pools to increase connection and camaraderie. But it doesn’t work. Nobody really cares about the $10 (and many people don’t even care about the tournament). The Skill Swap actually does increase connection and camaraderie. Everyone is great at something. Teaching that skill to a colleague helps everyone and brings employees closer.

This year, instead of the traditional office pool, try the Skill Swap this year and bring employees closer.