3 Things That Don’t Matter For A Successful Mentor Relationship

Be careful before jumping to conclusions about a mentor based on their gender, race or age.

Twice a year, a 70-year-old Italian immigrant-turned-millionaire CEO walks into Cortese’s restaurant in Binghamton with his 20-something Haitian mentee and orders the same exact dinner: baked salmon, pork chops, Caesar salad with Italian crumbly and a side of gnocchi. While this scene sounds straight out of the movie “Finding Forrester,” it’s just a typical dinner with my long-standing mentor, Angelo Mastrangelo.

Those dinners, and our fruitful mentorship (he helped me to sell an Internet startup after college and become the East Coast Entrepreneur of the Year in 2007), led me to delve deep into the importance of race, age and gender in mentorships. Namely, should these qualities matter at all? The answer isn’t as straightforward as you might think.

Here are three reasons I believe you should look beyond race and gender in your mentor/mentee relationship.

Let’s be honest: when looking for a mentor, it’s hard to overlook our tendency to orbit toward people who look like us in regards to race, age and gender.

Is this a bad thing? “It depends,” says Ellen Ensher, Ph.D. Ensher is professor of management at Loyola Marymount University and co-author of Power Mentoring: How Mentors and Protégés Get the Most Out of Their Relationships. “While there are clear benefits to having someone in your corner who empathizes with you, there are some risks.”

When you only seek mentorship from entrepreneurs who share your world view, you run the risk of developing blind spots for how the outside world views you.

Take Zoe Damacela, 22. A Northwestern University senior and fashion entrepreneur who was part of President Obama’s “Startup America” Initiative, she made clear that being a daughter of a single mom makes her more comfortable with women as mentors. But, she adds, “I try to push myself beyond my comfort zone and get a male perspective, especially in fashion, where perception is everything.”

Shradha Agarwal, co-founder and Chief Strategy Officer of ContextMedia, put it this way: ”Women mentors are really great at helping build confidence, teaching communication skills, and training on other hard skills that are needed to succeed. Male mentors add perspective and allow us to learn how we are being perceived — whether it is body language, dressing, or tone of voice. I think both sets of mentors together — male and female — build a strong and comprehensive team.”

The Los Angeles race riots of 1992 led to a big push to study mentoring amongst disadvantaged youth in that city. Professor Ellen Ensher led the charge to uncover a question that had dogged researchers for years: Did race even matter in mentoring?

Her research yielded an interesting finding: the idea of perceived similarity. In the past, many people believed mentors connected to mentees based on “surface similarity” — i.e., psychological and social forces like race, class, gender and age. As the saying goes, “Birds of a feather flock together.”

But recent studies show that perceived similarities, such as shared values, attitudes and goals, actually form deeper bonds in the long run.

“Age, race, and gender is of course still the elephant in the room,” explains Professor Ensher, “but I push my clients to get to know their mentor as quickly as possible and build on those common bonds.”

Those are the relationships that tend to endure. And that’s why I meet with Angelo every few months at Cortese’s. We may not look similar, but we are both immigrants and former athletes who value ethics, hustle, and Italian crumbly cheese.

Plus, it may be necessary to look past race in mentoring relationships for minorities, especially in industries that are predominantly white and male. Compared to their peers, talented professionals of color don’t get fast-tracked until much later in their career. But many of those who do reach the executive suite find a key mentor within the first three years, according to a study by Harvard’s David Thomas, the nation’s leading researcher on race and mentoring.

An African-American corporate acquisitions lawyer I spoke to (who wished to remain unnamed) confessed, “There were only a few black partners at the firm but older Africans Americans never mentored me. They saw me as a threat to the position they worked so hard to attain and resented me for rising so quickly. In fact, most of my mentors have been Jewish. We connected on the ‘underdog’ mentality, and they have all been supportive and offered guidance through office politics and the ebbs and flows of a volatile industry.”

In today’s hyper-connected and tech savvy world, a good mentor can be older or younger than you. More important is their stage in life.

Are they a retired industry vet looking to give back? Busy starting a new family or business? Would they be at a stage to view you as competition? These are all things to consider. Importantly, life stage does not always match age. A report on the post-recession generation found nearly half of the 25- to 34-year-olds surveyed said they’ve put off purchasing a home; 29 percent say they’ve delayed starting a family; and 26 percent still live with their parents.

By that logic, an older mentor may be beneficial, especially to a young entrepreneur. They probably have experience you don’t. Just be realistic about how much time to expect from them based on where they are in their career.

In the end, you must find a mentor who is a good fit for you — not just on the surface, but in terms of what benefits they can provide. Who knows? Maybe soon you’ll be on your way to Cortese’s for dinner with your brand-new mentor, too. 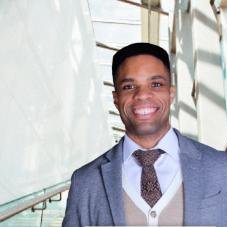 Bert Gervais, a.k.a. “The Mentor Guy”, is the founder of Success Mentor Education. He is a national best selling author, speaker, and award-winning entrepreneur. You can follow him @BertGervais.