5 Steps To Stop Overthinking And Start Testing Something New

When we started the “When You Work At A Nonprofit” Tumblr blog, an interesting thing happened. A prominent nonprofit publication asked us to write a post about it, on the topic of “how to create a blog that fills a community need.” They wanted us to discuss the process behind getting a blog started: how we chose a platform, how we determined the voice and content, tips for keeping an updated content schedule, and all those other “bloggity things” (their words). 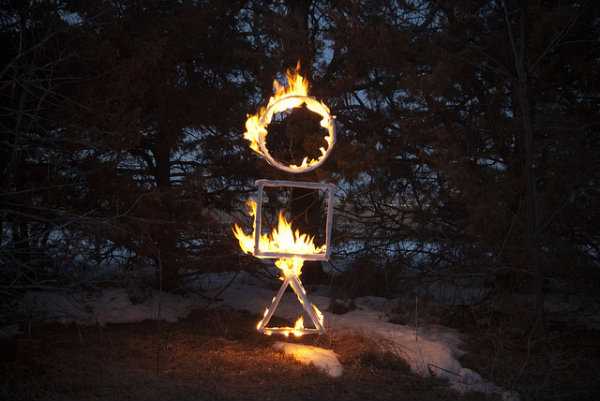 We couldn’t help but shake our heads.

Their request summed up the epidemic of overthinking things that, in our opinion, plagues the nonprofit sector. As an industry, nonprofits tend to overthink things – it’s a huge problem that stems from a deep aversion to risk and fear of failure. As a result, we try to help nonprofits overcome their fear of risk, and not overthink things.

We’re big advocates of just trying something and seeing where it goes. Our blog is a good example of that approach.

We didn’t create a strategy for it. There was no evaluation of tools. There was no discussion about voice. There’s no content schedule that we agree on. It’s very “Lean Startup”  – we just decided to do it one day, and we did it in about an hour. We tweeted it out and it took off from there. Here’s how other organizations can do the same:

1. Use Technology To Run A Small Test

Instead of investing hours of time or waiting months to “get things set up,” use new technologies to allow you to get set up quickly and with very little cost. There are tons of consumer technologies that are easy to set up, and you shouldn’t have to pay more than $20/month for just about anything you want to do. Even at that price, the benefits of a small investment of $240 per year far outweigh the cost.

How we did it: We created the blog using the blogging platform Tumblr (free), and used a theme that was pre-installed on Tumblr (free). We found and uploaded gifs (free), and posted them with some catchy, snarky text. We added a Google Analytics tracking code (free) so that we could see if anyone actually came to the site. We had our programmer add a small Facebook Like/Share plugin (cost: $125). We added a signup form using Mailchimp (free), which let people sign up for a weekly “best of” email. We tweeted it out using Tweetdeck (free), but you could just tweet using Twitter as well (free).

Build in mechanisms for tracking, so you can see the progress and success of your test. Google Analytics, an email sign-up form, social sharing: all of these are important tracking elements. Even if it’s not tied to donations, there’s tremendous value in building your list, increasing social following, and getting people into your organization’s ecosystem.

How we did it: We started a Google Analytics account under our master account, specifically for “When You Work At A Nonprofit”, then added it to the blog. We also embedded a Mailchimp signup form, so people can sign up to get the top posts emailed to them each week.

3. Just Start, Then Use Results to Make Your Case

Most people are quick to stop you before you get started, but hesitant to get in the way if you’re moving. Especially if you can show data. Once you just try something with your test, and you have data from your measurement tools, you can make the case that your test is worthwhile.

A test is just that – a test. Sometimes it will work, sometimes it won’t. That’s actually the goal here: it’s called “failing fast.” Try a test to see if it will work before spending real time and money. It is always better to fail quickly after a 30-day test using free or low-cost tools, than to invest months and significant expense.

The important part is to decide what’s failing. To some organizations, 100 signups is success; to others, that’s not worth the time it takes to maintain the test. Failure is determined by whether the cost of your time is worth the benefit afforded by the test. Use your best judgment to determine what’s failing and what’s a thumbs up.

How we did it: For another project we started, Lean Impact, we originally planned a telesummit: a one-day online summit featuring thought leaders in the Lean for Social Good space. We were testing whether people were interested enough in the topic to pay $20 for an educational experience.

We secured six speakers (free), set up a page on Lean Impact (free), created a graphic to advertise the site on the Lean Impact homepage (cost: 1 hour designer time), used Eventbrite to sell tickets (free), and planned to use Google Hangouts On Air to host the online event (free).

Only four people bought tickets. As a result, we reached out to potential participants to ask why they didn’t buy tickets, and we learned that people needed in-person interaction with Lean Impact first before paying for something online. We quickly cancelled the telesummit and instead planned three in-person events in New York, DC and San Francisco. Each event had over 500 attendees.

Even though no one bought tickets originally, the test was a success. We failed fast. Instead of contracting with a venue, signing catering contracts, using a complex event ticketing service, and paying speakers, we spent $125 and had our answer in 60 days.

If your test takes off, that’s the ultimate thumbs-up. But the success of a test is not the end goal. If test Number 1 works, take the next step towards a test Number 2. For example, if X number of people from the test opt in to a newsletter, will they then open a newsletter targeted directly at them? If X people participate in a Facebook contest, will they then donate if a landing page has messaging specifically targeted towards contest participants? Think about each step as a test.

When everything is a test, you’re able to get things up and running faster. You can see results more quickly. You’re less invested in the results, positive or negative. You know when to call off the test and move on to something else. And you can try new and better things.

A version of this post originally appeared on Medium.

Leah Neaderthal is the Co-Founder and Chief Marketing Officer of Start Somewhere, which uses design and technology to help social good organizations look incredible online. Leah is the co-creator of the popular “When You Work At A Nonprofit” Tumblr blog, and she is the Co-Founder of Lean Impact, the community of people and organizations using Lean Startup principles for social good. Follow Leah at @leahtn.

The YEC | Ty Nigh