Know The Real Cost Of Asking For Money

There’s no such thing as a free lunch.

I mean that literally. If someone offers to buy your lunch, you should order your bacon cheeseburger with a side of skepticism. In business, people just don’t buy food for other people for no reason.

And if they don’t offer lunch without a quid pro quo in mind, why would you expect them to freely give you money to get your business going? They won’t. As you evaluate how you might raise money, you need to know the catch. Because there is always a catch.

Where the Money Is

Most startups begin with the founder’s personal money. Here are five other common funding sources and their long-term implications:

The Cost of Financial Freedom

If you must accept lunch (or in this case, an investment) from an outsider, you should consider which one you could pay back the quickest to free yourself of obligation.

Winning a competition is the most likely way to do this. Crowdfunding or a fundraising campaign would be the next most logical. You can set your obligations on your own terms, and the money is ultimately yours to do with as you see fit. You’ll experience the least amount of freedom with an outside investor demanding ownership. Although you’ll be sharing costs, you’re also sharing success.

Today, websites like Kickstarter are proving helpful to many startups, so it doesn’t hurt to look there before exploring other options. Similar sites include Wefunder, SecondMarket, Liquidnet, FundAnything, and CircleUp.

Kickstarter worked well for Pebble, the smartwatch company. It had a simple concept and a goal of $10,000, but it ended up raising more than $10 million. Likewise, ElevationLab did quite well. As long as these companies deliver their products, they won’t see negative implications from going straight to potential customers for funding. And according to Reuters, crowdfunding helped companies and individuals worldwide raise $2.7 billion in 2012, an 81 percent increase over the previous year. The number for 2013 is expected to top $5.1 billion. Nevertheless, bank loans to startups far exceed this.

Don’t lock on to just one source. Your qualifications may differ with each, and you may find yourself using several. While it may be tempting to bet your personal wealth on an idea, let a wiser and cooler head explain the risks. What’s your backup plan if things go south?

This is a time to have your attorney start his clock. Talk to your local banker. Make sure you know exactly what you’ll owe for that “free” bacon cheeseburger. 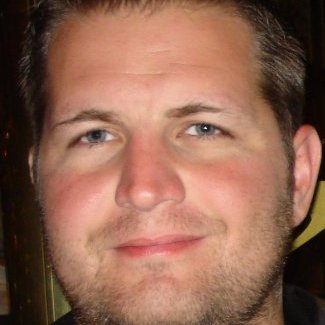 This post originally appeared on StartupCollective and has been syndicated on KillerStartups.com with permission.

Daniel Wesley is the founder and CEO of Debtconsolidation.com, a website that educates consumers on how to become debt-free.