9 Ways To Make A Greater Impact On Your Business

What is your top “business hack” for making a bigger impact on your business, faster? (Business hacks could include an app, a productivity technique, a gadget, a piece of office furniture… anything goes!) 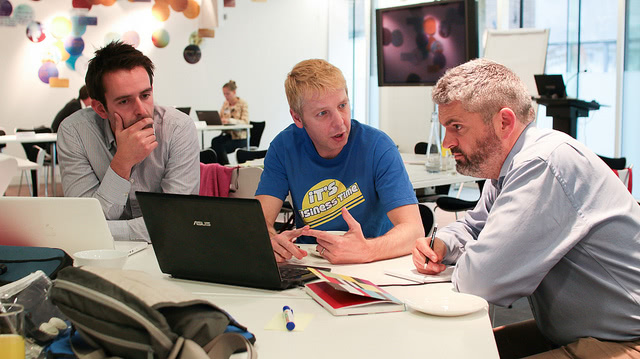 “I’m constantly surprised by employees who are allowed to set up several-hour-long meetings. Next time you’re in a meeting, ask yourself how much money is going down the tube every minute the team sits there. Instead, we switched everything to email and project management software and have online meetings that anyone can jump in or out of at any time.”

“Retreats sound counterintuitive, but there’s no substitute for getting your team on the same page. This usually requires food and a change of scenery. It’s a relatively inexpensive way to think creatively and get inspired. It’s true what they say: your environment fosters habit.”

“Unless you’re knocking out two relatively mundane tasks at the same time, you’re better off concentrating on projects individually, completing them without any interruptions whatsoever and then moving on to the next item. Multitasking is overrated, and it can easily lead to you becoming less productive.”

“Establish a “follow the sun” model by using freelancers. If your business is operating from 9 a.m. to 5 p.m., you’re only utilizing a third of the day. Overseas freelancers are available to continue projects as you sleep, which moves things along two to three times faster.”

“In particular, If This Then That connects up to Google Apps and allows them to talk to each other without your intervention. Basically, you create your own recipes so that if a particular trigger is present, an action is generated. One example of a recipe: “If I am endorsed on LinkedIn, publish a tweet on Twitter.” It’s the Holy Grail of automation.”

“If you want to really scale and grow, your primary job is never to continue doing the work. Your job is to continue building processes. Spend your time learning about systems, turning business processes into clear step-by-step procedures and creating thorough standard operating documents. Then, find reliable people to whom you can delegate those processes. Work on your business, not in it.”

“It’s stunning how often faster Internet is overlooked, but we basically invest as much as people will allow us to on our Internet speed. We’re on it all the time, so nothing relieves stress and improves efficiency like blazing fast Internet.”

“We have wall-mounted TV screens that display up-to-the-minute company performance data. This keeps everyone on the same page about what’s important and motivates everyone to make as big an impact as possible.”