Why Being Intimidated By The Competition Is A Costly Mistake

As the founder of a startup, you must be aware of your competition and potential threats you might face, but you cannot let the specter of a larger player entering the market radically change your plans. Startups succeed because they out-execute the competition and offer a better product and user experience. My company provided both, but we gave up on the execution. We were afraid.

When I took ownership of the sports tickets and textbook exchange marketplace ExchangeHut, I was just a 19-year-old sophomore at the University of Wisconsin. I had never dreamed that two years later, ExchangeHut would have more than 150,000 users, become the marketplace of choice at seven universities and that we’d be contemplating competing with a new upstart called Facebook.  I knew I could grow the business at Wisconsin, but expanding to other universities seemed so far away.

After growing from 2,000 to 7,000 users our first year, things really took off the second year. Students were registering and using the marketplace in huge numbers. For the homecoming game, 1,100 tickets were bought and sold at UW, representing about 10 percent of all tickets in the student section. We knew we had something good, and made plans to aggressively expand to all of the big football universities to start the school year in 2007.

We worked hard all winter — improving the code, finding local partners and getting ready to go big. That is, until we started to hear rumblings that Facebook was launching something big that might mean competition for ExchangeHut. We had always been worried Facebook could crush us if they launched a competitor, and it sounded like they were heading in that direction. We found out from developer friends on the inside that Facebook was creating the initial version of the Facebook Developer Platform, along with a Marketplace, which would allow any student to list their tickets and textbooks for sale on Facebook. Marketplace had access to nearly 100 percent of the student body and would be free, compared to our 5 percent transaction fee — both of which made it a huge threat to the service being offered from ExchangeHut.

At first, we were crushed. We thought we would surely be squashed under Facebook’s large shoes. My business partners and I had many strategy sessions to decide how we wanted to move forward. Should we continue with our plan and ignore the Facebook threat? Should we wait and see what Facebook came up with? Should we give up expansion plans completely?

In May 2007, my business partner and I attended the F8 conference, where Facebook introduced the concept of the social graph, along with Classifieds and the Facebook Development Platform. We were in trouble. We had to either make a strong offensive move and have our national roll out ready by mid-August, or see if we could defend our territory at Universities where ExchangeHut had a strong presence. 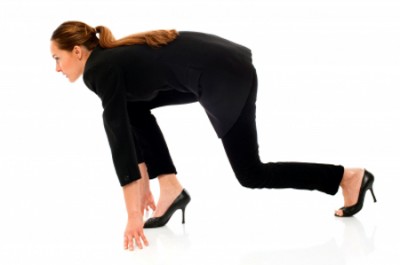 My big mistake was letting the fear of competition get to our growth potential — we choose to defend our current territory and scrapped our aggressive launch. We allowed ourselves to be paralyzed by fear of the big competition, before we even saw the competition’s product.

When we started hearing the feedback from college students after their first taste of Facebook Marketplace, we knew we had made a mistake. Students kept saying that the classifieds marketplace sucked and were nowhere near as good as our product. We signed up 60 percent of the incoming freshman class at University of Wisconsin that year, and transactions were up more than 10 percent. Students were using ExchangeHut more than ever.

By the time we’d realized our mistake, it was too late in the school year to launch at new universities. That was a year we lost. Our mistake had cost us time, focus and the chance to get out in front of new students before they’d been exposed to Facebook’s classifieds. If we had just executed our plan, we would have launched at the 10 most important universities and signed up users who would already have been using our service. Instead, we waited and didn’t even try.

We ended up selling ExchangeHut for a nice profit — but we missed a large opportunity for an even better success. If you find yourself confronted with fear of competition from a larger company, learn from my mistake and don’t miss an opportunity to expand your business.

Nathan Lustig, a serial entrepreneur from Madison, WI, is the cofounder of Entrustet, a website that helps people access, transfer and delete online accounts when someone dies. Entrustet, recently acquired by a European competitor, is Lustig’s second company to be acquired.