What Is Holding You Back From Starting A Company Right Now?

KillerStartups > Startup Tools & Guides > What Is Holding You Back From Starting A Company Right Now? 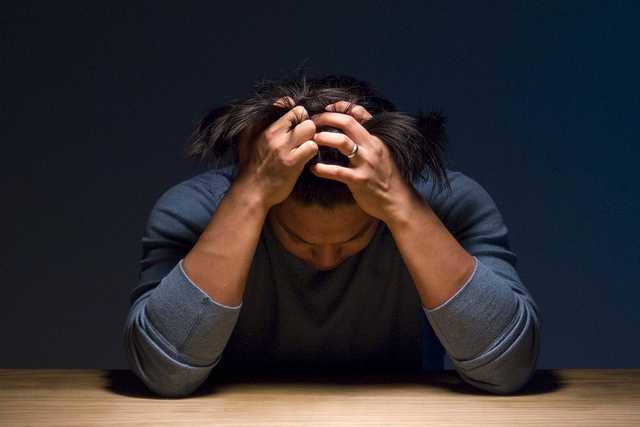 It’s been an incredible journey. It’s already been a year since we first started LawnStarter. In that time, we’ve gone through TechStars, met an inordinate amount of amazing mentors and friends, and learned more than we could have ever hoped. Therefore, at this point, I thought it could be helpful to try to dispel certain misconceptions college students might have about startups. So I threw together a survey and posted the Google Form in the Startup Network Facebook Group.

The responses that I got were completely unexpected.

One question in particular parlayed some stunning responses. I asked, “What is holding you back from starting a company right now?” To be frank, I added that question because I expected a certain outcome. I expected the majority of people to reply, “Well, I don’t have a technical co-founder.” If you’ve read our past posts, you’ll have noted that Ryan and I experimented with a bi-phasic sleep schedule in order to teach ourselves to code. So, clearly, I wanted to rant about people being too damned lazy to do things themselves.

Instead, I couldn’t indulge myself in a rant, because only 1 response complained about lacking a technical co-founder. Impressively, over 1/3 of the respondents mentioned a legitimate barrier to starting a company. Since about 35% of my respondents were currently working on startups full time, that means that almost half of the people were unable to follow their dreams because of this reason:

Though, this shouldn’t have caught me off guard. It might be the only excuse I take at face value. It’s difficult to survive on ramen noodles when you’re worth -$200,000.

Even though millennials are more excited about entrepreneurial ventures than a corporate job on Wall Street, we shackle them with an amount of debt that all but forces them into the corporate world for at least 7 years. Those same years are when an individual’s propensity to take risk is the highest in their life, and reasonably so. With no mortgage, no kids, no spouse, and minimal financial responsibilities, this is really the optimal time to take professional risks. Furthermore, student debt is the only debt that won’t disappear during bankruptcy. It’s simply inescapable.

So, you’re probably wondering what the hell my brilliant solution is….

Unfortunately, I don’t have the perfect solution. But I do have some observations.

To preface, let me say that I am the first person to dismiss people who blame their lack of success on their family’s social standing or lack of a network. Let’s tell it how it really is: you’re lazy.

This realization regarding debt, though, has thrown me for a loop. At this point, a college education is almost required. In fact, there are 4,500 degree granting institutions in the US that have collaborated in racking up $1 trillion in student debt.

Let’s be honest: for some people, college seems like a cruel practical joke. The section of people who are wealthy enough to focus on education, but who are not wealthy enough to afford the price tag up front, effectively have their scope of career opportunities narrowed for them. The paradox here, of course, is made apparent when talking to employers. The common opinion I hear is that 90% of learning in any career path is done during your first job. So, then, what’s the purpose of college?

My own experience in college tells me that the social aspects are huge. Your exposure to a large diversity of people, ideas, and knowledge is an incredible experience. Here’s the question: does our current system provide the most effective environment for that to occur? I don’t know. But I do know this: if I could short one industry, it would be student housing REITS (I’m still a finance nerd at heart, after all).

Historically, wealth has always bred more wealth. But, as the internet makes the world flat, it appears that networks and access to capital are no longer the bottleneck. The bottleneck might now be debt.

With every Tom, Dick, and Harry trying to start an accelerator or incubator these days, how long will it be until there are YCombinator and Techstars Universities, where those individuals interested in building a company or making an impact in the future will go to learn real world skills? I can say with 100% certainty that I learned more in my 3 months at TechStars than I did in my 3 years of college (yes, I dropped out with 15 credits left).

How would a program like this function? What would it look like? I’m not sure, but I’d love to be a part of it. Here’s the thing: I think an alternative to college should exist (I look forward to the hate this comment will bring.) If I didn’t have the GI bill, I wouldn’t have the luxury to have taken the risks I have. Though, I would probably be able to enjoy 100 hour work weeks filled with excel and deck building. (groan)

With this insane debt bubble, transforming ideas about the value of college, and a job market that unfortunately seems to demand a degree; I think we will see some very interesting proposals in coming years.

One that I expect to hear is, rather than the dollar-based debt system that we currently have, to pay for an education using an equity-based debt. So, Steve gives us x percent of his future income for y thousand dollars of education. We have already seen similar short term equity investment platforms like this.

I don’t have a clear stance on this. Clearly, there’s an argument for a slippery slope here, but nevertheless, it was an idea that crossed my mind.

Do I have a solution or even a clear point? Probably not, but I think it’s time we actually work towards a solution for some of our brightest minds to release the shackles of student debt and build companies.

Steven Corcoran is the 22-year-old CEO of LawnStarter, a TechStars Company. He is also a college dropout, self taught coder, once upon a time bi-phasic sleeper, and a huge fan of startups.