Incorporating social media into your marketing and outreach campaign strategy seems fun and easy – though admittedly wasting time on Facebook was way more appealing when it was somebody else’s time and money you were wasting. Now that your role has changed, your view on Facebook’s utility and potential probably has too. 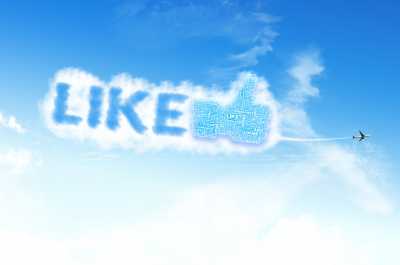 Facebook’s mind-blowing reach and streamlined marketing tools make it an obvious starting point for companies looking to begin leveraging social media. FB announced that they now have over one million advertisers taking advantage of their services. It’s an impressive statistic, which in addition to prompting fleeting thoughts on how modern day marketing teams would fit into a George Orwell novel, could also help you to realize you are not alone in this process.

The Data Is In

The work doesn’t end with creating a Facebook page for your project though, and a study that Mashable’s business editor, Todd Wasserman highlighted, has some pretty cool findings on some of the nuances in Facebook’s advertising scheme.

A study conducted by the cloud marketing company Unified Social, took mounds of data and came up with statistics that stressed the importance of not waiting to purchase an “ad buy” for your project’s post.

Checking your company’s admin panel with the same fevered excitement and anxiety that most 15-year-olds watch their phones during prom season is normal, but can also do weird things to a person’s head. As you track your post’s total reach, you can’t help but notice the blank “paid reach” field directly to the right. As you see your numbers begin to plateau, you get that natural urge to pay Facebook to boost your post by promoting it.

The study out of Unified Social came out with some numbers that will matter to you when you get to this juncture. Their findings showed a striking difference in the number of “viral impressions” and “viral engagements” sponsored posts elicited over time. The most striking finding was that purchasing an ad boost 24 hours after your original post resulted in 2.6 times less impressions when compared to posts that had been sponsored within the first 24 hours of being posted.

One popular theory for why there is such a difference in reach is linked to how the post is interpreted by EdgeRank, Facebook’s infamous and ominous omniscient newsfeed algorithm. It looks like sponsoring a post boost early on increases its momentum and appears more “viral” to EdgeRank.

The road to creating an online presence is long and annoying, but keeping an ear out for studies like this can help equip you with the information needed to make an impact on your customer’s perception of your company online.