Singularity University – Backed By Google And NASA But Will It Save Humanity?

KillerStartups > Startup Tools & Guides > Singularity University – Backed By Google And NASA But Will It Save Humanity?

I just finished writing about Jennifer Turliuk, a budding entrepreneur helping others find their career path. I also did a little research on the university she’s currently attending, mostly because I had never heard of it. What I found was astounding and, though the school opened three years ago, worthy of its own article.

Thus, I bring to you the inspirational trappings of Singularity University—the educational institution that seeks to overcome humanities grand challenges through technology. 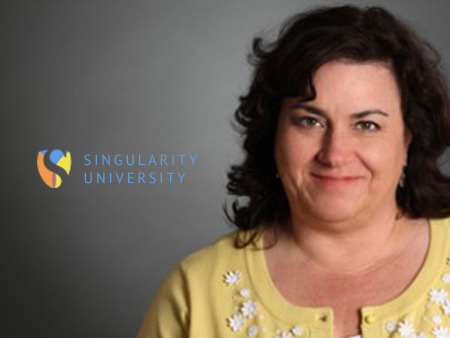 The University is based on the brilliant insights from the book “The Singularity is Near” by Dr. Ray Kurzweil.  Watching the TED talk announcing the commencement of Singularity University, I became instantly inspired by both Dr. Kurzweil’s genius, and the mission of the university (I’ll get to that next).

The Wall Street Journal calls him the “restless genius” and Forbes has crowned him the “the ultimate thinking machine”. But the best accolade of all comes from Inc. Magazine who calls him: “The rightful heir to Thomas Edison.”

He partnered up with Dr. Peter H. Diamandis–another inspiring and insightful mind who is also a key figure in the personal spaceflight industry–and together they pitched the idea at an exploratory meeting held at NASA Research Park in November 2007. By September of 2008, the Founders meeting was being held, Google was behind it and the University was ready to launch.

So the basic concept is this: many technologies are exponentially growing and the brightest students need to learn these technologies in order to apply them to real-world challenges.

Singularity puts it much more eloquently by saying that these growing technologies will “massively increase human capability and fundamentally reshape our future.” The emphasis is placed on the interactions these technologies have with each other (for example, 3D printers traditionally used for prototyping may have the potential to build organs out of stem cells…umm, awesome). The University hopes to “assemble, educate and inspire,” a new generation of leaders who want to understand these technologies in order to address, “humanity’s grand challenges.”

Being located at the NASA Research Park in the heart of Silicon Valley is not a bad way to foster technological breakthroughs. Neither is backing from some of the most influential and powerful global partners and ambassadors like:

The idea is to create a global network of like-minded (brilliant-minded is more like it) entrepreneurs, technologists and young leaders to guide the evolution of disruptive technologies and create solutions that benefit humanity.

Their programs include Graduate Studies–a 10-week interdisciplinary program for top students and entrepreneurial leaders worldwide–and the Executive Programs geared towards executives and aims to educate and prepares them to recognize how disruptive technologies will affect their companies in the years to come.