There are fads in human resources, just like in every other part of running a business. Lately, one of these fads has been to ask applicants to do puzzles. Just what kind of puzzles varies — logic puzzles are a favorite for positions requiring creative thinking, but I’ve heard of plenty of others. A quick search in a bookstore can turn up a variety of books about these sorts of puzzles. 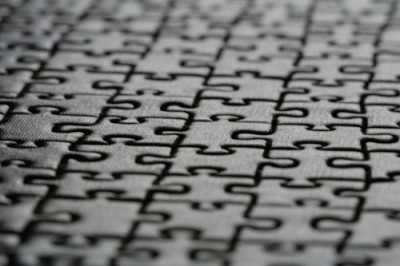 But, like any fad in hiring, using puzzles is just another way to simplify finding the right person for a position. That’s not an easy proposition, and a person’s ability to solve puzzles in an interview isn’t going to make it any better.

The problem with puzzles

The biggest issue with having an applicant complete a puzzle during the application process is that the only thing you learn is that the person in question is adept at puzzles. In theory, that’s supposed to correlate to abilities, like being able to program well or come up with creative solutions to problems. In reality, though, those abilities are made up of so many different components that a puzzle has no chance of presenting an accurate reading.

A good programmer, for instance, isn’t just someone who can come up with a creative solution to accomplish a given purpose. She has to be able to think about practical solutions, as well as be able to communicate why one solution is the best. She has to be able to write effective code to implement those solutions and collaborate. And, most importantly for an employer, that programmer has to do all of those things over the long term. Even if you’re working off a list of programming puzzles, one little program whipped up on the fly isn’t going to tell you anything about that programmer’s ability to write documentation or to work with another programmer.

Even if puzzles could tell you something about an applicant, relying on puzzles wouldn’t be useful in the long term. You had better believe that job applicants who are serious about landing a position in an industry known for puzzles have started reading books on how to solve puzzles, if not outright memorizing the more common mindbenders. There are entire books about the hiring process at certain companies, which include questions commonly asked. The job hunting industry will be bringing out even more books on how to beat puzzles in the next few years.

That’s assuming that job applicants don’t just buy the same puzzle books that HR specialists are relying on. For most of the companies that have added puzzles to the application process, there’s no way that the human resources department can come up with a new puzzle for each applicant, even if they have someone on staff who is actually able to write puzzles. They reuse a few over and over again, or rely on a few books to provide variety.

Like most aptitude tests, puzzles can be beaten with a little effort on the part of the applicant. That makes them a minimally useful tool, unless you’re willing to engage in an arms race of sorts with potential employees.

So what actually indicates aptitude?

Personally, I’m the paranoid type about who I work with. I’ll happily use a portfolio or other past work to narrow the field of applicants, but I don’t fully believe that past performance is a guarantee of future results. The only way that you can truly see an applicant’s aptitude is to see him in action. I use trial periods.

There is no position at my company that I will hire for that does not require an initial trial period. I prefer to have a period of more than a week — a month is generally nice — because it gives people enough time to get out of the habit of performing for an interviewer.

It’s not a universal system: I can think of a lot of positions where it would be hard to effectively measure a trial period. It’s also not the easiest option for the employer. But it will give you a better sense of someone’s aptitude than puzzles ever will.

Thursday Bram is the founder of Hyper Modern Consulting, an online content creation and consultation firm.