Inc.com recently published a post about a study from researchers at the University of Calgary that found that people who are “conscientious, honest and satisfied with their work” and those with “neurotic tendencies” are productive when they work from home. Because I think it’s ridiculous that those are the conclusions of a scientific study that someone paid for, I’ve come up with my own list of personality traits that are actually signs of someone who will do a good job working from home. 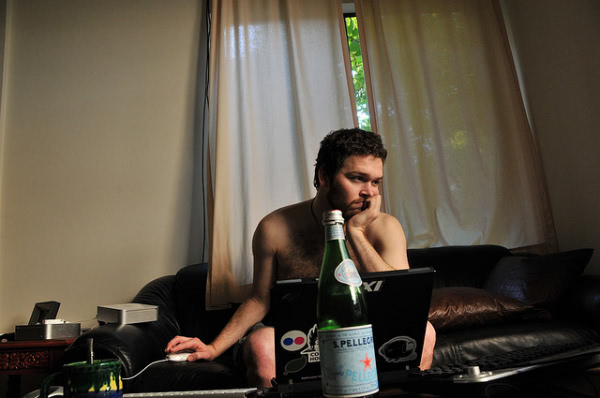 You think that you make a great conversationalist.

This one’s important, ‘cause you’re going to be talking a lot… To yourself. And singing. And maybe doing random dance moves.

Even though you’re not going to work every day, you’re still working. Your brain has to be able to transform your kitchen table into a desk, your couch into a cubicle. Trick your brain into believing you’re going to work by putting on your big girl clothes and keeping to a routine.

And speaking of routine, break it now and then. It’s your right as a homeworker to go to a movie on Wednesday afternoon if you want, as long as it’s not every Wednesday.

You have a Catholic priest or Jewish mom living inside your head.

By which I mean you have a very strong sense of guilt. Because there’s no one looking over you shoulder to make sure you’re doing what the hell you’re supposed to, it can be easy to start drinking at 2 PM or napping for the second half of the day. Who’s going to stop you? 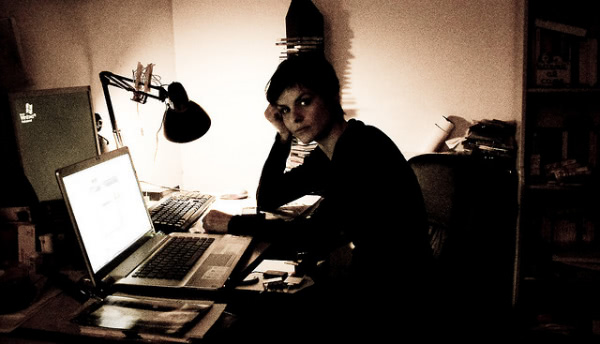 “Sometimes I feel like I’m trying to be two different people at the same time,” fellow freelancer Alex Baker-Whitcomb told me. “There’s the me that is like, ‘I should drink this whiskey right now and take a nap and then there’s boss me that’s like ‘PUT THAT SHIT DOWN AND WORK RIGHT NOW YOU LAZY ASS.’”

You’re willing to give up any concept of 9-5.

Because sometimes your schedule will be 11-11 or sometimes it will be 8-12 and then 3-8 and you’re going to work a lot on Saturdays. A successful home worker (BTW, a prize to anyone who comes up with a better term and no, remote worker doesn’t work) knows that while her hours may be more flexible, they’re also inevitably more.

What other qualities did those University of Calgary professors miss out on? I bet we can show them a thing or two.