Why Giving Up The Corner Office Made Me A Better Leader

As one of the first employees at OnDeck, I’ve seen the company grow from a small startup with just a few employees to a now 350-plus person organization that has three offices around the country and tens of thousands of customers. 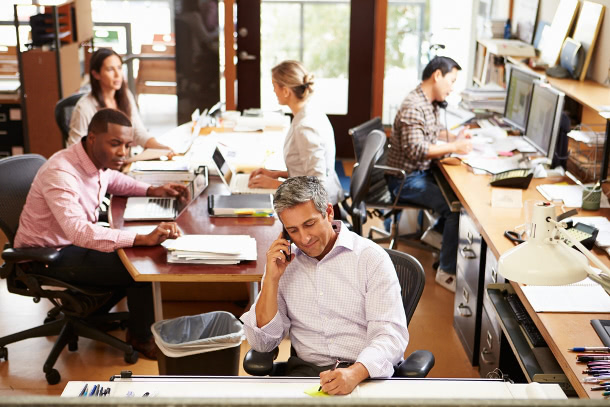 Although we’ve scaled pretty much every aspect of the business over the past seven years, our company culture has largely remained the same since the early days. My number one priority has always been – and will continue to be – creating an environment where openness is valued.

When we set out to codify our culture earlier this year, I realized one seemingly subtle decision I made in the early days – saying no to offices – had the biggest impact on maintaining our culture.

Largely influenced by a trip more than a decade ago to former Mayor Mike Bloomberg’s office, where his senior team running the city utilized an open floor plan approach, I felt strongly that an open floor plan was the right format for our startup office. Sitting alongside the entire (albeit small) team – from upper management to those newer to the workforce – sent a strong message from day one that being accessible and accountable mattered. It also helped to encourage employees to get out of their silos and interact with each other organically.

And, on a more practical level, the open office floor plan lent itself nicely to our rapidly evolving personnel needs. With significant travel among our three offices, we soon found ourselves needing temporary spots for employees visiting from other offices. We also wanted to ensure visiting employees felt welcomed in whichever sister office they needed to be at. Our setup allowed for more flexibility and mobility to post up at a free desk, and immerse themselves in a group of employees – rather than being stowed away in a desk far isolated from colleagues.

Of course, there are certain drawbacks to the open plan. Lack of privacy for employees became a concern for things like calling to make a doctor’s appointment or receiving a review from your manager. In order to accommodate those moments, we’ve doubled down on our number of conference rooms and “phone booths,” which are conference rooms for just one person when they need a quiet moment.

Now that we’re seven years into building our company, we continue to favor an open office floor plan. The decision has also helped me maintain a leadership approach that both values collaboration and openness and is highly visible within the company. To this day, one of my favorite things is to be able to introduce myself to a new face while walking between meetings, or see several different employees from a variety of levels and departments – even offices – huddled around someone’s desk solving a problem. 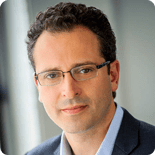 Noah Breslow is CEO of OnDeck, a technology company solving small business’s biggest challenge: access to capital, lending more than $1.5B to small businesses to date. Noah has held a variety of leadership roles since the company’s 2006 inception and became CEO in June 2012. Previously, Noah was VP of Marketing & Product Management for Tacit Networks, guiding the company from launch to its successful sale to a public company. He holds a bachelor’s degree in computer science from MIT and an MBA with distinction from Harvard Business School.