Is Your Data Really Safe When You Use An Online Backup System?

KillerStartups > Startup Tools & Guides > Is Your Data Really Safe When You Use An Online Backup System?

Technological advances that allow us to all take fantastic high-resolution photos and make movies for business purposes have a downside. The files for these artistic creations are very large and eat up storage space on your computer and mobile devices.

Enter Cloud Computing’s online backup system. By uploading files to an external server service, you can access your data anywhere at anytime via the Internet, freeing your computer’s storage capability.   But is this safe? Hackers abound, and many analysts fear the next terrorist attacks will be on Cloud Computing systems that are vulnerable on a number of levels. Right now there is no alarm system to alert users of security problems. 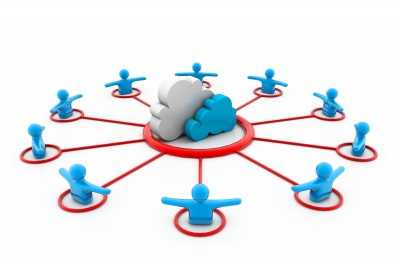 Let’s explore how online backup systems work to determine safety of storing data in the cloud.

Data storage in the Cloud is only possible if there are very large servers that can accommodate additional files from many people. So online backup systems tend to be provided by large companies with excess capacity. These include Microsoft, Amazon, Google, and Yahoo.   Being some of the most respected and trusted names in high tech, these corporate giants have the clout to ensure the highest level of security. This might be one of your considerations when choosing an online backup system. Smaller companies have less to lose over a security breach and may actually be less safe.

How Is Safety from Hackers Ensured?

Cloud computing companies invest heavily in encryption software that is especially important for protecting passwords, usernames, and other safety information. Data is not only encrypted while it is being stored; it is also transmitted to and from the Cloud in encrypted formats, as that is a time that is particularly vulnerable to hackers.

Can Data Be Lost?

One’s greatest fear in the information age is losing valuable data. Companies that host online backup systems build in redundancy like NASA does to be sure if a system fails, any one system is still functioning. Multiple back-ups occur on a regular basis on differentiated servers that may even be geographically separated. There are also extra power generators in the case of a widespread power outage so that the Cloud storage does not go down at any time a customer needs to access their files.

Is Data in the Cloud Easier for Big Brother to Access?

We would all like to believe government agencies have our best interests at heart, but there are reports of the United States Central Intelligence Agency, National Security Agency, and Justice Department collecting information on American citizens and non-citizens alike. If you do keep sensitive information on your home computer, a search warrant is necessary to access it. However, in the Cloud, it’s unclear what new cyber laws will be in effect.

As with all new frontiers, storing data in the Cloud in an online backup system is in new territory as regards security. Perhaps early adopters of the new technology might take some precautions until security is proven. Prioritization is in order when deciding what can be risked in the Cloud, and perhaps an occasional local hard drive back up would not be a bad idea.

Sarah Boisvert is a writer who specializes in business topics including marketing, sales, and finance. She also authors technology articles about 3D Printing and mobile platforms.