What Less Than $60 Can Do For Your Startup: On Startup Directories And Early Adopters

KillerStartups > Startup Tools & Guides > What Less Than $60 Can Do For Your Startup: On Startup Directories And Early Adopters

Early adopters are important for a software startup to move forward, particularly in the beta stage, a reality all too familiar for Victor Teslenko and Nick Nikolaev, the men behind Casual PM, a visual, mind-map-like project management software designed for non-professional or casual project managers.

In his 1962 Diffusion of Innovations book, author Everett Rogers proposed that 13.5% of consumers are “early adopters.” Characterized as curious, adventurous and risk-taking people who enjoy being on the frontlines, early adopters are afforded the benefits of early access to new technology, products and services in exchange for valuable feedback necessary for vendors to further enhance their product or service offering, making this segment of the consuming population the perfect initial target market for startups. 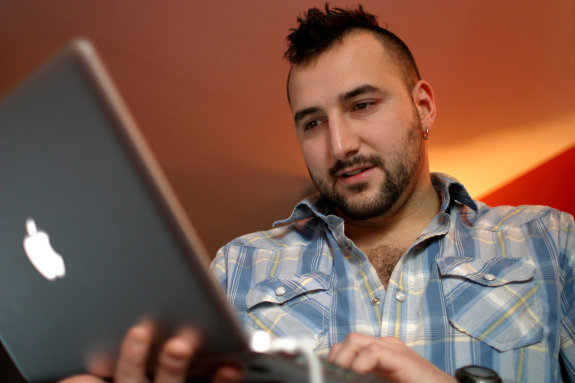 Early adopters come without preconceived biases, giving startups genuine user reviews that will help them with quality improvement before officially launching to the greater market.

Marketing costs tend to be very expensive. But with early adopters’ tendency to be very vocal about their opinions through tools like social media, they also make for some valuable, inexpensive marketing allies, and, treated the wrong way, potentially downfall-inducing foes.

In her article Early Adopters Have Significant Influence on Brand Success, Susan Gunelius shares some early adopter statistics: 62% are likely to upgrade to the latest mobile phone; 68% possibly have purchased multiple computers in the last couple of years; and 58% are likely to have bought three or more flat-screen TVs in the past two years. Early adopters who truly believe in the soundness of an idea, product or service can provide a startup its early sales.

I recently had a chat with Nick regarding some of the first things he and Victor did to market Casual. Like most other software companies, when it comes to early adopters, they know that startup directories are a gold mine. They considered various directories, including a possible spot at KillerStartups, but because they were operating with a very limited budget and looking to get featured as soon as possible, they decided to initially submit to directories that wouldn’t require them to pay more than $30 for a turnaround time of not more than one week.

Below are some of the first directories that featured Casual and had been instrumental in helping them attract more than 1,000 early adopters – and all for $58.

Submitting your startup to BetaList is free. But for them to look at your startup immediately (within 48 hours), you will have to pay a fee. At the time of submission, the fee was at $29, and Casual was approved within 24 hours. Today, the fee has gone up to $79. In addition to traffic from BetaList, numerous people reposted information about Casual on social networking sites. Some even wrote blog posts. All in all, BetaList gave Casual more than 3,000 visitors.

Casual was added to this directory by one of the founders’ personal contacts. Upon opening their account afterwards, they discovered a slew of new registrations and visitors. In a span of 24 hours, Casual got more than 60 likes and became the third most popular startup. Aside from direct traffic, many people tagged Casual on social networking sites and featured the app in their blogs. Note that Casual was posted on ProductHunt when it was no longer free, hence, the fewer registrations compared to BetaList.

Casual found this service to be more geared towards receiving feedback than acquiring real, active users and recommends it to those looking to acquire early, early adopters.

Casual joined LaunchingNext roughly a year ago and assumes that since then, the site’s number of readers and followers have already increased.

Exposure in startup directories played a key role in acquiring Casual’s first 1,000 users. For a startup, this strategy is an excellent opportunity to increase traffic and buzz on social media. Moreover, journalists often look for startups to feature in such directories, and publicity can be gained just by being in the right place at the right time. Further, these publications don’t only generate a one-day bump in traffic. Generally, there’s a sharp hike during the first two to three days and then users continue to shuffle in for the next few weeks.

If you have further questions about Casual’s experience with startup directories, feel free to contact Nick directly at nick@casual.pm.

Hazel Mae Pan is Casual PM’s newly minted communications specialist. A freelance writer, editor and digital marketer, she also writes for other blogs. She tweets with the handle @hazel_mei.