You’re A Horse Disguised As A Unicorn…

Posted by Young Entrepreneur Council on May 15, 2014

Networking gets a bad rap. But, as with so many things, it’s usually just the bad apples who spoil it for everyone else. As someone who has attended (and hosted) literally thousands of networking meetings and events — and is often referred to as a ‘master networker,’ for better or worse – I’m going to let you in on a few secrets of bad networking. You know, the kind that spoils it for the rest of us.

And remember, if you see yourself on my list of networking annoyances, it’s probably time to take a hard look at yourself and correct your networking wrongs before you’re labeled “THAT guy (or gal)” for good.

1. You ask for a meeting, sale, call or email but don’t take the initiative

Let’s say you’re in sales and ask someone to introduce you to a business owner whom they know. Said contact makes an introduction and your response is, “Call me when you can.” (Sound the loud annoying buzzer…WRONG!) If you are in the position of wanting something, it is 100 percent your job to make the call, go to his/her office, follow up, etc. If you’re not willing to take the initiative and keep the momentum moving, do not ask for the introduction, call, email or sale. Period.

Ever attend a networking event and meet that person who hands you a card before you ask for one — and then races around the room doing the same thing to everyone else? If that’s you, throw away your cards on your own, because they are going to land in the trash anyway. If you’re looking to turn someone off before opening your mouth, that’s a surefire way to do it.

Have you ever gotten an email or voicemail proclaiming “It was so nice to meet you!” and you’re racking your brain to figure out who this person is? That’s probably because you don’t know. The person likely got your information in a way that you didn’t permit, and then begins to try to sell you their agenda by pretending there’s a rapport between you. It is never wise to start any relationship with a lie, no matter whether it’s business or personal, big or small.

Want to know one of the best ways to get someone’s attention? Ask them questions, genuinely listen, and follow up with sincere responses. No other words need come from you. The more you talk about yourself without being asked, the less the person on the receiving end is likely to care.

5. You ask a stranger for a referral

If I don’t know you, I can’t like or trust you and therefore, I will not refer you business. Hence, if you meet me in passing, don’t ask me to find business for you. It takes work to create that type of relationship, so don’t expect it within five minutes.

6. Your eyes are all over the room

Ever been in a conversation with someone whose eyes are darting around the room? Did you feel like they really cared about what you were saying? Doubtful. Pay attention when you’re talking with someone. At that time, no one else matters. Don’t be the person who commits the sin of always looking for what’s “better.” Feel free to politely excuse yourself whenever the conversation is complete.

7. You take before you give

Looking for a job? A friend? A date? A deal? Here’s a tip: Before you ask someone for anything, consider what you can offer to them first. Just asking the question, “Is there anything I can do to help you?” will go a long way. People like to be reciprocal, so don’t treat interactions like one-sided transactions. What goes around comes around. 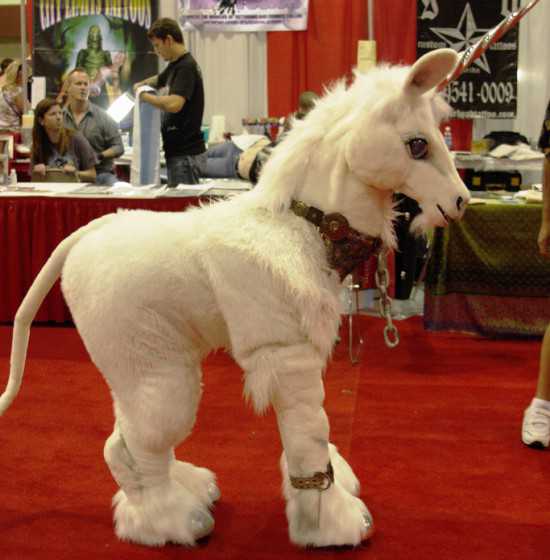 8. You’re a horse disguised as a unicorn

What looks like a horse, has wings, and a horn atop it’s a head? Did you guess a unicorn? If so, you’re correct! Don’t be a networking unicorn, because unicorns are not real. Be yourself; be real. Take off the wings and the horn and be a horse if that’s what you are. People can see through it.

If you feel called out, take a minute to identify which sins you’ve committed and work on them. Improvement is always better than stagnation. There are always new people to meet and relationships to deepen. Just like you’d tackle paying down your credit card debt, start with the habit that’s most offensive, and work your way down.

Darrah Brustein is the co-founder of Equitable Payments, a merchant services brokerage, and founder of Network Under 40, a monthly networking event for young professionals. Darrah recently authored Finance Whiz Kids, a series of kids book that teach the basics of financial education.