Napping At Work? Why It Might Be Worth Looking Into

KillerStartups > Startup Tools & Guides > Napping At Work? Why It Might Be Worth Looking Into

We’ve all been there, the minutes following lunch are usually associated with a massive crash in energy and focus. Most of us have programmed ourselves to work through this lull with coffee or energy drinks. We do so with the conviction that we by staying awake we are staying productive, but there is growing evidence that may not be the case.

In a report published by the CDC, almost a quarter of adult Americans report having difficulty concentrating due to sleep issues. Not a huge surprise seeing as the average American gets a little over 6 hours of sleep a night, instead of the recommended 8. Study after study has shown that this lack of sleep is bad for our health, but based on current research it could also be bad for productivity and ultimately the bottom line. Some studies have found that tired workers cost the U.S about $150 billion a year in lost productivity. 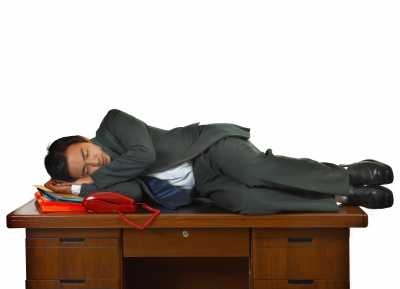 The lame economic situation we are all experiencing has only exacerbated the pressure to increase employee productivity. If productivity and sleep are linked, then maybe we should start thinking about ways companies can help their employees get enough rest. This raises a fantastic question – should companies start encouraging napping at work?

NASA thinks we should. An internal study found that napping lead to a boost in productivity as high as 34%. Both NASA and the British army find that 26 minutes seems to be the ideal napping time frame. Most studies seem to indicate that naps under 30 minutes are the best fit for the work place. 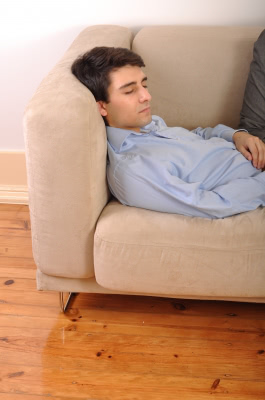 Napping between 20 and 30 minutes seems to strike the right balance between getting the benefit of feeling more alert and productive without the grogginess or sleep inertia associated with longer naps. Ok so the benefits are pretty clear, and the evidence is persuasive but it the idea of napping can still hit some team members as a bit strange. If you are going to implement a company policy that allows for napping some factors should be considered.

With big players like Nasa, Google, and multiple military entities establishing policies that let their people nap (Google even has nap pods for their employees) the concept is definitely food for thought. If you’re still not convinced a quick history smack-down might do the trick. Some famous nappers are JFK, Einstein, and Bill Clinton. None of whom have a reputation for being unproductive.

There is still some debate on what the ideal nap looks like in terms of length and timing, but one of the more compelling methods seems to be to take a short nap after work. This nap can be optimized further by drinking a cup of coffee before laying down. It takes around 20 minutes for the caffeine to kick in, which is more or less what specialists say is a good amount of time to nap.