5 Mediation Principles Leaders Can Use To Address Conflict

Before founding Zealyst, I studied conflict resolution and volunteered as a mediator for small claims court and family disputes. I had no idea at the time that I was cultivating skills that would make me a better business leader, but the lessons I learned while helping people resolve disputes about property damage, resource distribution and parenting plans ultimately helped me to negotiate with investors, communicate more effectively with clients, and address potential conflicts with employees. 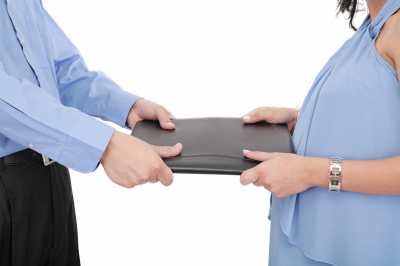 Here are 5 of the core mediation principles that have helped me launch my business:

1. “People aren’t against you, they’re just for themselves.”

In one of my first mediation courses, the instructor introduced this basic concept, and it fundamentally changed the way I perceive conflict. When engaged in a conflict, emotions run high and people generally defend their best interests, which often feels like an attack and perpetuates a rigidly antagonistic line of communication.

A simple step back and consideration of the other party’s perspective reframes the entire conflict and can open up the pathway to resolution. For example, I was once engaged in a series of frustrating negotiations with a client – we were struggling to agree on the way responsibilities should be delegated.

After I took a deep breath and set my personal frustrations aside, I thought about the state of my client’s business, which happened to be in the midst of a big transition. That helped me to recognize that my client was really seeking a sense of control because he felt a lack of control in other areas of his business, which allowed me to structure our agreement in terms that spoke to that need without detracting from my team’s ability to execute successfully.

2. Listen for values, not interests.

In our day-to-day conversations, we generally speak in terms of our interests: “I wish I could take more vacation days,” or “I deserve that promotion.” If we peel away a layer below those interests, however, there are always values motivating our interests. Uncovering those values is key to resolving complicated conflicts.

The value behind wishing for more vacation could be “I value variety and change” or “I value relaxation and entertainment” or “I value appreciation for my hard work.” If the person requesting additional vacation time is really asking for appreciation, there might be better ways of fulfilling that need that don’t require weeks away from the office. If it’s relaxation that they’re seeking, there might be strategies to incorporate more opportunities to relax into the workday and avoid eventual burnout.

A mediator’s primary objective before diving into the resolution process is to make all parties feel safe and included in the discussion. If one party feels threatened by the authority, aggression or some other advantage of the other, it’s a major barrier to authentic communication.

Establishing ground rules that all parties agree to before beginning to work through a conflict helps to level the playing field and create a safe space. Clear rules about confidentiality, respectful language, and the potential consequences of reaching (or not reaching) an agreement provide a strong foundation for open communication – and a safeguard to fall back on if the discussion strays from those guidelines.

Conflict resolution takes a tremendous amount of energy, and it’s important to take a break when stamina is running low (or tempers are running high). Whether it’s a few minutes to cool off, or an evening to rest and come back to the conversation with a fresh perspective, a well-timed break is sometime the catalyst that leads to real progress.

Note of caution: Breaks can also sometimes derail negotiations, particularly if it’s overnight or over a period of days. In order to keep the discussion on track, stipulate expectations about who the participants are (and aren’t) allowed to speak with about the conflict. It’s also helpful to give each party an assignment that pertains to the conversation, such as getting additional information or brainstorming solutions independently

After reaching a resolution, it’s essential to document the agreement. Not only does this step increase accountability (whether or not it’s legally binding), it also clarifies all the elements of the resolution and provides an opportunity to ask questions. Include as much detail as possible to create a strong agreement: exactly who is involved in the agreement and what their roles will be, the timeline for acting upon the agreement, and any additional pieces of information that need to be included or sought out.

I once facilitated a session for a complicated project that required a nonprofit foundation, a private consultancy, and a government office to collaborate. At the time I joined the project, communication amongst the three parties had broken down, the project was behind schedule, and there was plenty of disappointment to go around.

As I drafted the solution we eventually came to, there were several “Aha!” moments as each person in the room gained a fuller understanding of their role and could pinpoint the places where the previous plan had failed. The group left the session with a renewed sense of optimism and a roadmap to avoid repeating the same mistakes.

Have you used any of the above methods to avoid conflict in your business? What works best?

Martina Welke is the CEO and Co-Founder of Zealyst, a curated networking service based in Seattle, Washington. Zealyst utilizes smart technology and creative design to build unique events. Zealyst software uses registration data to match attendees according to their interests, and customized social games make it easy to make new professional and personal connections at events.