What Entrepreneurs Can Learn From Arnold Schwarzenegger’s 6 Rules

Say what you will about his acting and politics, but you can’t deny that Arnold Schwarzenegger knows how to be successful. After all, how many people can boast that their bodybuilding careers carried them to mega-stardom, which lead them to govern the most populous state in the U.S.?

My guess: not many. 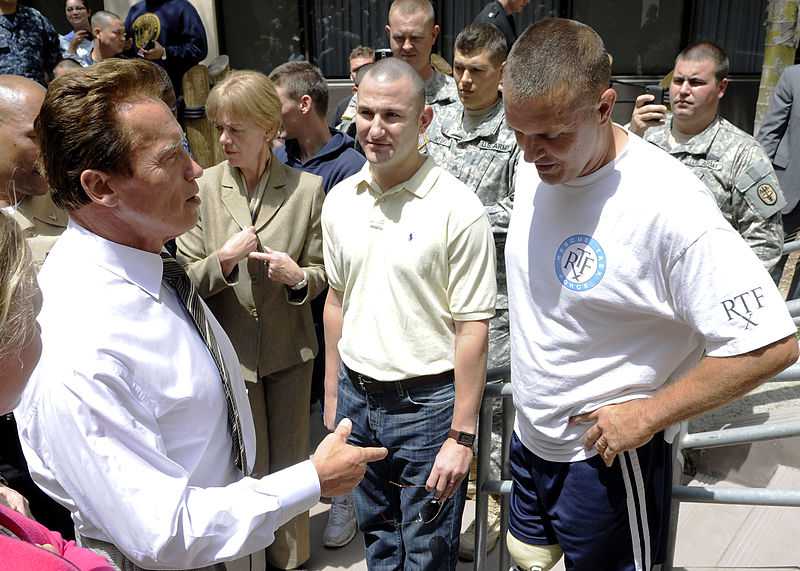 In 2009, the “Governator” delivered a commencement speech at USC and shared the six rules that have driven his success. Although you might assume life lessons from the man who battled the Predator won’t apply to your life, they are surprisingly pertinent to the entrepreneurial lifestyle.

The Six Rules of Schwarzenegger

Arnold’s rules are concise and impactful, but don’t be fooled by their simplicity — they lend themselves directly to entrepreneurs.

This is arguably the hardest rule for entrepreneurs. It speaks to “trusting your gut” and striving to make your business just that — yours. You don’t have to adhere to a cookie-cutter mold. In fact, having a solid sense of your company’s identity and how it differs from the competition will help it succeed in the long run.

“It is impossible to be a maverick or a true original if you’re too well behaved and don’t want to break the rules. You have to think outside the box. That’s what I believe. After all, what is the point of being on this earth if all you want to do is be liked by everyone and avoid trouble?”

Once you’ve established who you are and how you’re different, you must be willing to take action outside of your comfort zone to blaze your own trail. With this mentality, you can spot opportunities others might miss.

“You can’t be paralyzed by fear of failure or you will never push yourself. You keep pushing because you believe in yourself and in your vision. And you know that it is the right thing to do and success will come.”

I consult for many startups, and one thing I often encounter with new entrepreneurs is a fear of failure. When you’re too cautious, you become your largest barrier to success. Instead, you have to break free of your reservations and uncover your true potential.

4. Don’t Listen to the Naysayers

“How many times have you heard that you can’t do this and you can’t do that and it’s never been done before? I love it when someone says that no one has ever done this before because then when I do it, that means that I’m the first one who has done it!”

You have to believe in yourself. That’s not to say you shouldn’t take advice from people in your network, but if you believe in what you’re doing, the cynics will fade into the background. Foursquare CEO Dennis Crowley knew this when starting his company.

“Don’t let people tell you your ideas won’t work,” Crowley said. “If you have a hunch that something will work, go ahead and build it. Ignore the haters.”

5. Work Your Butt Off

“You never want to fail because you didn’t work hard enough. Mohammed Ali, one of my great heroes, had a great line in the ’70s when he was asked: ‘How many sit-ups do you do?’ He said, ‘I don’t count my sit-ups; I only start counting when it starts hurting. When I feel pain, that’s when I start counting because that’s when it really counts.'”

This is my favorite rule. This anecdote about Mohammed Ali emphasizes that the work is only beginning when the pain sets in. And every second you waste is a second gained for your competitors. The extra hustle will carry you beyond the norm to become a champion.

Nearly every entrepreneur I’ve met wants to give back. Most struggled to get where they are, and now they’re able to make a difference. By helping others, you not only address the needs of individuals, but you also help foster a stronger, more capable community. It’s a win-win situation.

A prominent example is Jeremy Bloom. After an amazing skiing career as a two-time Olympian and a career in the NFL, Bloom co-founded the marketing software company Integrate. As an entrepreneur, he also founded Wish of a Lifetime, a non-profit that’s granted lifelong wishes to more than 1,000 senior citizens in 46 states.

The realm of entrepreneurship is rich with people who have followed these rules. Take Elon Musk, for example. He launched PayPal and gained notable success, but he ignored critics when he took a major U-turn and launched SpaceX and Tesla Motors. The same can be said for Arianna Huffington. Even when reviewers said the Huffington Post was doomed to fail, she refused to let the project go.

Arnold’s rules reflect years of repeated success on every level (we’ll ignore “Jingle All the Way” for now.) And as we can see from examples such as Musk and Huffington, actors-turned-politicians aren’t the only individuals who can benefit from these rules. Who knows — if you can effectively apply them to your business, you might find yourself saying, “hasta la vista, baby,” as you leave the competition in the dust. 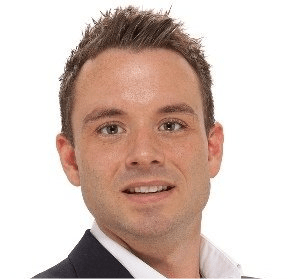 Blake Menefee is a co-founder of the Dell Center for Entrepreneurs. He brings 15 years of emerging technologies and marketing experience to the program. Blake comes from a long line of entrepreneurs and, prior to Dell, he had a nonprofit startup and was the founder of a talent agency. Connect with Blake on LinkedIn.