Why You Shouldn’t Learn To Code For Your Startup

I get emails like this one all the time:

I am wondering if I could ask for help for a friend. Mike, a good friend of mine, has been working on a startup idea. …He is looking for really great co-founding developers who can help him build out the product in a short period of time. I am wondering if you could tap into your network for leads. Many thanks in advance! 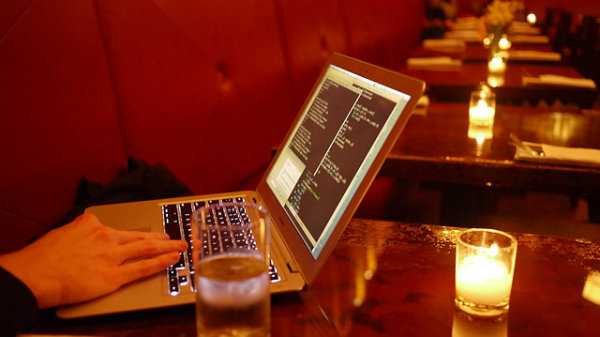 I wish I could help. It can be very difficult for a non-technical entrepreneur to find a technical co-founder if he/she doesn’t already have friends who code. And these days, just about everyone would tell Mike to skip the talent search and learn how to code himself.

Journalists in TechCrunch, Business Insider, Fast Company and dozens of other publications, including VentureBeat, write frequently about how you, as a non-technical founder, are up a creek if you don’t learn how to code. Even Harvard Business School students are learning how to code – despite paying very good money to learn business skills. In short, if you’re starting an Internet company, you can’t go anywhere without hearing about how important it is to know how to code.

Silicon Valley has followed suit. In the last two years alone, online education companies have developed a variety of courses to teach programming skills. Companies like Coursera, Udacity, Udemy, Treehouse, Codecademy, EdX, and Lynda, are just a handful of the many companies serving the programming education market. For those who prefer to learn in person, there are now a wealth of choices in developer training camps too, including Hack Reactor, Coder Camps, Dev Bootcamp, and the Hackbright Academy. These camps hold class every day for several weeks, teaching basic front-end and back-end skills.

On the surface, it would seem the solution for finding a technical co-founder is to become one yourself.

But you have to question whether turning non-technical entrepreneurs into developers is really the best solution for starting a company. Startups become successful when they have users and customers – and they die when they don’t. Tech startups don’t fail because they have poorly written code.  If you look at TechCrunch’s deadpool of startups, almost all listed companies failed because they ran out of money.  They didn’t have enough users to make their business model work.

I started my first company, Beat the GMAT, without knowing how to program at all. Didn’t matter: I built a loyal following of prospective MBA students for my blog first, which was focused on solving GMAT problems. Later, this audience became active participants in my first forums. Finally, I hired developers to build the most recent version of my site before selling it to Hobson’s. Had I focused on building the site first, I’m not sure that’s how things would have panned out.

Don’t get me wrong: Increasing the opportunities for people to learn is great, and those who want to learn how to program definitely should. But if you’re learning how to code merely to launch a startup, you’re wasting valuable time.

The economic tenet of comparative advantage suggests that people should become really good at their core skills, use them effectively to make money, and then hire others to complement their skills. So, if you are mediocre at acquiring customers and know nothing about programming, shouldn’t you work to become awesome at customer acquisition rather than become a bad developer? I would’ve expected Harvard Business School to understand this better than anyone.

In the Valley, entrepreneurs and investors often talk about how so many seed startups fail because they can’t get enough customers to become profitable. But we shouldn’t just talk – we should do something. That’s why Elizabeth Yin and I started Hustle Con: to teach non-technical entrepreneurs tactical tips in acquiring customers to build a sustainable business. Others, such as Noah Kagan, have done the same in creating his course called “How to make your first dollar.”  And, there are a smattering of meetup groups trying to teach marketing and sales for startups.

But we can do better. If you know something about lead generation, sales, and marketing, I encourage you to pay it forward and teach other entrepreneurs to improve their customer acquisition skills. And finally, to the would-be founders out there: Stop talking about learning how to code, and instead, start hustling.

Eric Bahn is the co-founder of Hustle Con, a one-day conference on July 9, 2013 in Mountain View, CA. Hustle Con features successful entrepreneurs who will talk about how they grew their companies from $0 to $5M in just a couple of years, how they raised money, and how they grew an audience before releasing a product. Join us with this special code to get 25% off: yec-hustler