KS Life Hacks: Wunderlist – Organizing Lives And Businesses One List At A Time

Days have a way of flying by without us noticing. After 8 to 10 hours of being barraged by emails and follow-up phone calls, you get to shut down your computer and head home. For people in the startup world, thoughts of what to have for dinner usually get interrupted with thoughts like “oh crap! I forgot to call Mike back” or “please tell me I emailed that report.” 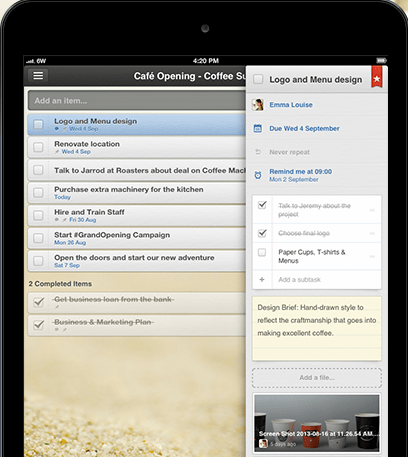 Despite being busy all day you have managed to forget a few crucial tasks. Sure, tomorrow is another day, and yeah it’s not a huge deal to email Mike when you get home – but living and working with this level of chronic intermittent panic probably isn’t sustainable. At the very least it’s not fun – more importantly it is almost entirely PREVENTABLE. Solution? Wunderlist.

Wunderlist is a free task management app that can be used on iPhones, Android, Mac, and Windows. The KillerStartups’ weekly life hack is all about helping people work better with less effort. While Wunderlist is a total game changer for keeping on top of your workload in the office, it makes also makes things like shopping and traveling a little less stressful too.

To do or not to do

The key to Wunderlist’s success is that they deliver a straightforward product that helps people keep track of what they need to do. It’s a platform that let’s users make lists, but it does more than just generate to do lists – it helps people break big projects down into smaller more manageable steps. What’s more, these steps can be shared among other users. 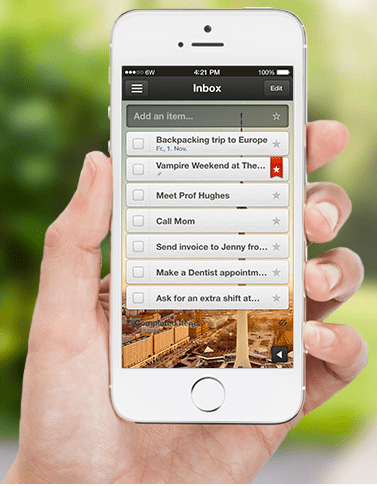 Not every operation needs to spend $10 k on project management tools. Sometimes (especially in earlier stages of scaling) all you need is a way of making and sharing to do lists

Wunderlist has a pretty sweet host of features. On top of breaking your planning process down into Tasks and Lists, the app lets users customize and breakdown lists.

Some of the other features that sold me were:

I personally have used each function and find them all to be genuinely useful. The fact that I get to do it for free makes me feel like I’m hacking the system somehow. For $4.99 a month users can sign up for Pro and get unlimited file adds, conversations, and assignment capability. There is also a more involved platform for business that has different pricing options. 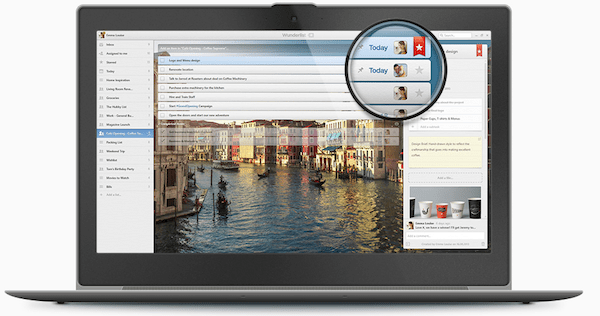 I think that startup powerhouse and community organizer Lisa Besserman summed it up the best when she said:

“I love how this app makes my chaotic life seem much more manageable. In fact, Wunderlist has definitely allowed me to improve my task and project management skills by seamlessly separating my daily responsibilities, in an easily approachable and non-overwhelming way.”

Mega lists are overwhelming, and not really all that productive. Wunderlist is a project management tool for real people living and working in the real world. It also looks and works great on Android, so you won’t have to reignite that Sharks vs. The Jets like feud between iOS and Android peeps in the office just to get work done.