3 Surprising Interview Questions You Should Ask Every Potential Employee

I became an entrepreneur because I wanted to have an impact in this world: to build something bigger than myself. But to do that, I need a great team to help me make better decisions and see through those blind spots.

The key to building a great team is culture. This lesson came from my days as a product manager at Google, where I learned that a great team is based on a meritocracy of ideas backed up by data. What you know is more important than who you know. As a product manager straight out of school working with brilliant engineers who had much more experience than I, I learned that in order to be successful, I also had to master the art of persuasion through influence — as opposed to persuasion through authority.

Organizations make better decisions when they are based on data, not the HiPPO (Highest Paid Person’s Opinion). In order to make the best decisions, the person who is closest to that decision and who has the data to back it up should come to a conclusion. A culture that is rooted in bottom-up, data-driven decision-making is critical as you go through hyper-growth. In the last year, Optimizely’s team has tripled. In 2014 alone, we’ve received over 2,000 resumes and we’ve hired approximately 12 of the people who applied. No matter how aggressively our company is growing, we need to be selective about who we bring on board in order to maintain the culture of ownership and meritocracy of ideas.

Optimizely’s future depends on it.

These are hard skills to measure, so I’ve worked over the last four years to refine my ability to assess them. I will be the first to admit that I have borrowed my best questions from other entrepreneurs. And to them, I give my thanks.

The following are the three questions I ask every candidate:

Great companies are built by people who can embrace their humility. That’s why I ask this question — to seek out candidates who understand that our good fortune is a combination of the circumstances into which we are born, in combination with various decisions we make.

Warren Buffett likes to say he won the ovarian lottery. If he had been born into another era, he might have been some animal’s lunch.

We need candidates who are self-aware enough to understand that hard work isn’t enough to guarantee success — we need individuals who are grateful for where they’ve landed in life. Our success is a function of being at the right place at the right time.

2. What’s an opinion you hold that most people disagree with?

High-growth startups need more than average. We need risk-takers who are self-assured and confident in their abilities. When I ask this question, I’m looking for people who are creative and innovative and can debate to the norm. If everyone agrees with everyone else, you end up with an average outcome.

As humans, we naturally strive for harmony. But I look for people who can challenge themselves enough to step out of this comfort zone — which brings me back to the first sentence of this post. It’s always easy to run with what your boss tells you — even if he or she is pursuing a completely dead-end idea. That’s why this question is so important to me when I’m recruiting senior leadership. In that same vein, I also like to ask, “Tell me about a time that you disagreed with your CEO. How did you reconcile the issue?” I look for people who can tactfully disagree, without being disagreeable.

I’ll keep this part brief, as I don’t want to “give away” the answer to this question. But it’s one that I’ve A/B tested over and over.

The answer to this third and final question is important to me because I want to make sure we hiring people who are passionate about Optimizely and our vision for the future. I want to avoid people who are on the “deferred life plan,” who want to work at Optimizely and pursue what they really want to do down the line. At the end of the day, I’m looking for humble, down to earth and genuinely passionate people. 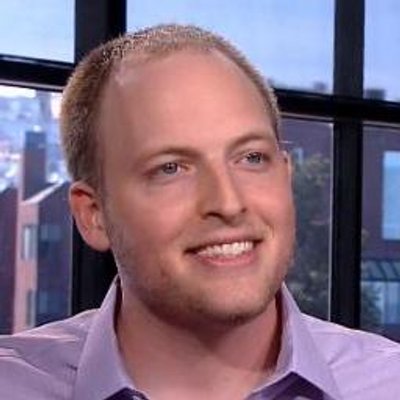 is the co-founder & CEO of Optimizely. The original inspiration for Optimizely came from his experience as the Director of Analytics on the Obama 2008 campaign. Optimizely is the product he wishes he had back then to make A/B testing much easier.