We all know emojis, the little smiley faces (or poopie piles depending on your mood) injected into text conversations and social media posts in order to add a little bit more pizzazz. You can get creative with them, and have whole conversations just comprised of these little pictures. 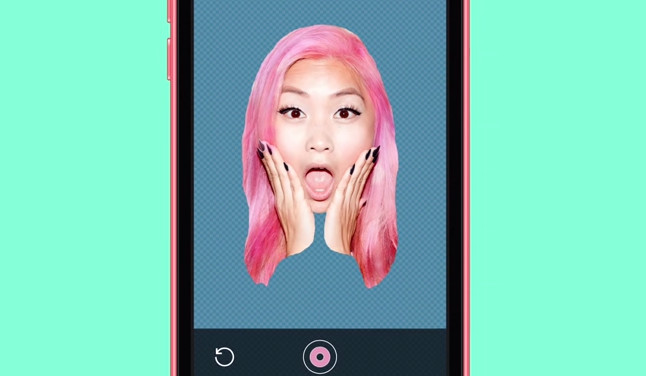 Emojis add another dimension of expression to texts, but many social communicators have expressed frustration with them due to a lack of customization capabilities. Unicode sets the emoji standard, and even with an update that includes everything from an “old personal computer” to a “middle finger” emoji on the way, users still want to see more customization as an emoji feature.

What if you wanted to turn your favorite beer, pet, or bitchy resting face into an emoji?

Look no further than the new iPhone app, Imoji. Imoji allows users to turn their own photos into unique, customizable emojis. Imoji was created as a response to a perceived lack of diversity within the standard set of emoji icons. Imoji gives users full creative control over their emoji design, helping them fill in the blanks where Unicode standards may miss their preferences.

How To Create Custom Emoji With Imoji

The user experience takes some getting used to, as drafting the images requires a steady hand for trimming from larger pictures, but the end result is worth the steep learning curve.

After downloading, users are asked to create an Imoji user account that can be linked to social profiles on Facebook, Twitter and more. Once logged in, users are prompted to create their first “card,” which house space for six emojis to be created. With these cards, Imoji encourages users to categorize their emojis in themes for easy access.

From these cards, users can draft their emojis with saved pictures on their iPhone. First, users must crop their picture to feature the main element they want to use as their emoji. After cropping the original image, users can further trim the picture with a zoom-in draw tool to finalize their emoji. Once completed, users can paste their custom emoji directly into iMessage to be used in conversation or shared via social networks. Users can also search popular and trending emojis to add to their cards.

Imoji has few limitations in its first iteration, but is not yet available on Android. The customized emojis are actually stickers that can be saved, copied and pasted into conversations rather than entered via usable keyboard type. Imoji is the first mobile app of its kind and is sure to inspire competition.

Imoji is now available for free download via the App Store for iPhone.

This post was written by Jason Edelman of Fueled, the premier agency for iPhone app design and Android app development in New York City.