How To Lose Millions Of Dollars In A Five Minute Walk 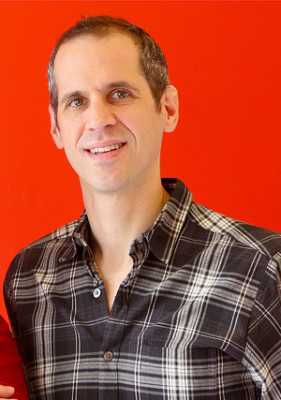 Alex Blumberg got the chance of a lifetime – the opportunity to pitch to famed VC Chris Sacca. A business reporter, Alex decided to take that all-too-familiar-path when he quit his stable job as a producer of This American Life to launch a startup that… Well, to be honest, I’m still not entirely sure what his startup is about. It’s something to do with podcasts? In cars?

The reason I can’t tell you what his company does (did?) is because Alex bombed his pitch to Chris Sacca. Hard. Like, cringeworthy, “did he really just say that?” hard. And the reason I know just how badly Alex pitched is because he recorded the whole thing and published it under the title “How Not to Pitch a Billionaire.”

If you’re involved in the startup scene, the podcast is amazing to listen to mainly because you want to reach through your earbuds and shake the guy. “No, Alex! Don’t backtrack! Where’s your elevator pitch? WHAT ARE YOU DOING??” It’s also awesome for anyone who has been through the process of pitching because I don’t think there’s one founder who can’t relate to the rookie mistakes Alex makes.

Here’s a quick recap of everything Alex did wrong:

Okay, so maybe making the pitch deck wasn’t exactly the problem – you should always have a pitch deck prepared. However, making only a pitch deck was a mistake that a lot of founders make. Startuplandia is not like the old school business world. While we all have our PowerPoints prepared, you have to make sure you can present your startup without the props.

“The deck is a crutch,” Chris said.

When Chris asked him to go for a walk? It was already all over.

2. He didn’t have conviction.

Once Alex’s feet were kicked out from under him – and by feet I mean pitch deck – he immediately started floundering. Founders who not only survive but thrive in the startup world need a healthy dose of bravado and hubris.

“The ideas that we back and the entrepreneurs we back – there’s so much conviction about the inevitably of success,” Chris told Alex. “It’s contagious.”

Despite the fact that Alex is totally convinced that his startup is not only necessary but unique, he comes off like the nerdy public radio kid that he is, rather than the blustery macho man he needs to pretend to be. He’s asking Chris to love his product instead of telling him, “This is why I’m great. This is why you want to be on my team. The train is leaving the station; are you on it?”

Fear Of Missing Out – it’s a huge driver behind which startups get investors and which ones fail. No one wants to miss out on the “next Uber” or the “next Instagram,” right? Use that bravado to convince the investor that your company is the investment of this decade. Make them forget Uber, Airbnb, Dropbox – your startup is going to be the only thing that anyone is talking about.

Chris told Alex that FOMO is the key ingredient to making sure you never have to ask for money again. Once you’ve got it, the investors will line up at your door.

4. Being the best isn’t enough.

“So you’re uniquely positioned to do it because you’re better at it than anybody?” Chris asked Alex.

If this is what a billionaire venture capitalist is getting out of your pitch, then you’re doing it wrong. Alex not only did it wrong, he also halfheartedly agreed that he was the best and then sort of apologized for it so not only does he look like he doesn’t know his competitive advantage, he also looks like he has no confidence.

And what did we say about confidence, boys and girls?

In summary: You better know how to fake it ’til you make it.

And Alex just didn’t know how to fake it. If you want to hear Alex blunder through his pitch – and the advice that Chris Sacca gives him along the way – he’s documenting every step of his startup journey on his site, StartUp. Even though he’s clearly not the person to ask for advice on how to pitch investors, he’s definitely great at podcasts; I guarantee you’ll be laughing and cringing along with him.