How To Let An Employee Go Without Being A D-Bag

It is probably the worst part about being in charge – firing someone. Regardless of whether or not the economy is on an upswing, telling someone that they aren’t going to have a source of income (from your company anyway) any longer is really difficult. Let’s being real the firing process is uncomfortable for all parties involved, but there are certain things to keep in mind when you are letting someone go that will make it better for the person on the other end and make you feel less like a d-bag. 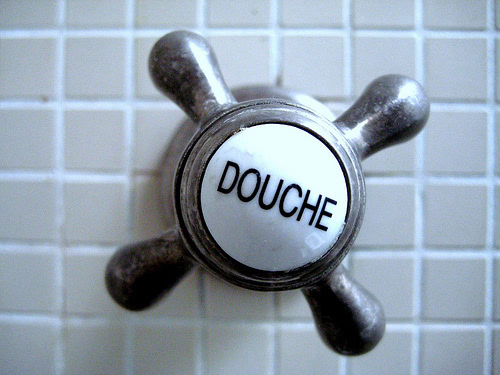 1. Back your argument up

Start off by speaking to someone in HR and/or an a lawyer specializing in employment. Letting someone go is a legal minefield so really do your research before going down this road. The specific do’s and don’ts vary by state so winging this could cost you and your company big time.

After checking with people who know what they are talking about you should review the contract the soon to be ex-employee signed along with their job description. You need to have a concrete list of discrepancies between their recorded performance (i.e reviews, events on record, emailed warnings) and the job description they signed off on. This is also a good time to reflect on whether you’ve given the employee enough feedback, training, and support. If the answer is yes – where is the documentation? You need to be able to prove to yourself, the employee, and possibly a judge that this decision is legit.

Also keep in mind that the person will probably block out a good portion of what comes after “I’m sorry but we can’t have you on the team anymore”. So in addition to being able to speak to some of the common sense questions they might have (when is my last day, when is my last pay check, what are my severance options, etc.) have this information written down in a folder for them to refer to after the meeting. This reduces the need for direct follow-up and will help them through this lousy transition.

2. Ask them what they would do if they were you

It sounds weird, but this technique can be really useful, especially for employees who you can tell are otherwise good people that just kind of found themselves in a job that wasn’t a good fit for them. It can also help the person to think critically and logically about the situation at hand, in theory this also drives home the point that “isn’t personal”.

It almost certainly isn’t, but getting fired sure does feel personal for the person on the receiving end. You know that this isn’t “about them” it’s really about the company achieving its larger goals, but this person clearly doesn’t get that.

Find a neutral space, with more than sufficient privacy (this means doors that close, walls that go to the ceiling). No small talk, no jokes. Open with “I’m sorry but I have some difficult things to discuss with you” and continue with a well thought out list of how they failed to meet established objectives. Rip that bandaid right off.

After you have finished explaining the reality of the situation, help them pack up their belongings. It may sound harsh, or insensitive but this is as much about your leadership as it is their deficiencies. Whether or not you made the decision or are simply carrying out an order from higher up, it is your duty to follow through regardless of how it makes you feel. Also it is your responsibility to insure that nothing is happens to company property be it physical or digital. Only bring on a police officer or security personal if you feel at risk (having one handy never hurts though). 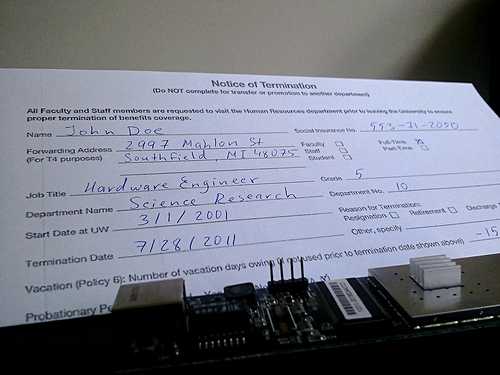 Delivering the bad news early in the week tends to be the best fit. It’s better for the person being fired to leave early in the week so that they can take the appropriate steps with the unemployment office and the banking services they might need. It also appears to be safer when compared to fire someone on a Friday, because it would give them all weekend to stew and get irrational.

5. Guilt is not going to help anyone

Sure it’s natural to feel guilty, but the person being fired doesn’t want or need your guilt. I’m not usually one for motivational speakers but a “business keynote speaker” named Connie Podesta frames this idea really well in saying that as a manager you are not firing a person, you are setting the necessary standard for having your team succeed. By not adhering to this standard the employee is effectively firing themselves.

This last point is more for you than them – it’s probably not the best talking point for the conversation at hand, at least not in those terms.