The One Page Resume Is So Last Century. Learn How To Get Hired With Three Tips To Spice Up Your Job Application

KillerStartups > Startup Tools & Guides > The One Page Resume Is So Last Century. Learn How To Get Hired With Three Tips To Spice Up Your Job Application

Legend has it that when my grandpa got back from flying a medical helicopter in the Vietnam War, all he wanted to do was keep flying whirly birds. The problem was that my grandpa wasn’t the only pilot who was out of work after the war and the options for jobs that let you fly helicopters are seriously limited. When he went to inquire about a position at the Port Authority of New York and New Jersey, he was told that there were between 500 and 1000 other applicants.

Instead of slinking back home to my grandma in the suburbs, my grandpa posted up in the Port Authority office. Once a week for six months he “stopped in to say hi” and he also put out feelers to all of his connections who might have some pull. He became a fixture in their offices until finally—probably just to get him to go away—they offered him the job. He left the Port Authority in 2002, after having risen to the rank of Chief Helicopter Pilot. 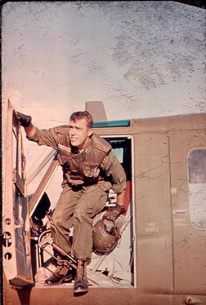 The point of this little trip down memory lane? Sometimes the best strategies for how to get hired are the most extreme ones. While what my grandpa did is more a show of persistence than nuttiness, people these days are utilizing tech and the internet in innovative, awesome ways to make sure they get noticed.

Piece of paper vs. YouTube video. Guess who wins?

Let’s face it: resumes are so boring. They tell you to keep it one page but do you realistically think that most employers even read that one page? If they have an attention span that’s anything like mine (limited), I’m going to guess no.

Graeme Anthony is a PR and social media consultant who decided that the best way to showcase his skills was by reinventing the resume. Instead of a carefully formatted white sheet with pretty little bullet points, Graeme created an interactive resume that includes a video and links to different sections with more info.

While your future employers may not be down to read your resume, I don’t know anyone who isn’t into watching a couple YouTube videos midday. By the way, Graeme got so many offers after this video wen live that he decided to freelance.

Keeping in line with the “new resume” trend, Ed Hamilton mapped out his work and life experiences on Google Maps. The result is a clear, interesting, interactive resume that tells you way, way more than any traditional resume could.

I’m obviously not looking to hire Ed (and the truth is he already got a job anyway) but I did spend probably more time than I should have poking around his resume. This idea fits perfectly with our increasing cultural voyeurism while simultaneously utilizes new forms of media in an interesting way.

I usually skim over Google ads, to be honest, but apparently there are people out there who really do pay attention, especially if their name is in the title. That’s what Alec Brownstein discovered when he bought Google ads that said “Hey, [name of executive] Googling yourself is a lot of fun. Hiring me is fun, too” that showed up as the first result when top ad execs vanity googled themselves.

The $6 he spent resulted in interviews with the companies of four of the five executives he targeted. He got job offers from two of them and is now working for Y&R New York.

I think any of the approaches taken here—from my grandpa’s old school persistence to the very contemporary Google ads sneak attack—are excellent choices if you’re looking for innovative strategies for how to get hired before the rest of the pack. An even better choice? Put that brain to work and come up with your own crazy way to get a potential employer’s attention. As we’ve seen here, a good idea definitely pays off.