How To Communicate Effectively With “Annoying” Employees

Posted by Young Entrepreneur Council on May 3, 2013

We all have those people in our life who drive us up a wall. They make choices we don’t understand and they do things that seem nonsensical. More importantly, they are annoying because they are not like us. We cannot comprehend what leads them to act the way they do or what drives their seemingly bizarre decisions.

For entrepreneurs and business leaders, effective leadership is about learning how to deal with all types of personalities — even the annoying ones. If we could better understand people’s “annoying” choices and behaviors — motivated by where they’re coming from or what they value – they would become far less annoying.

The truth is, everyone has their own Value Language – i.e., what drives someone to make life choices, what gets them up in the morning and informs their goals and actions — and most misunderstandings stem from simple differences in Value Languages. To understand “annoying” people, we have to first learn where they are coming from and what motivates them. Then, you can appeal to what they value, instead of what you value.

I have narrowed people’s Value Languages into 10 different categories. Use these to identify (and better communicate) with the “annoying” people in your office: 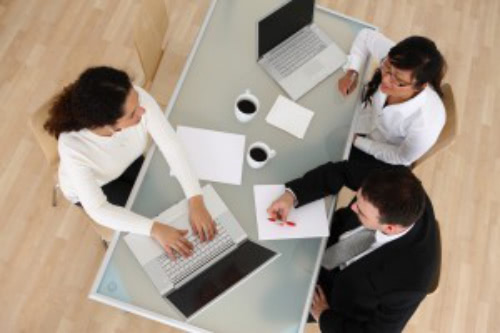 The first Value Language describes people who value image, beauty or aesthetic appearance above all else. These people spend huge amounts of time and money on their appearance either through clothes, plastic surgery or beauty regimes. In the office, they tend to annoy us by being late after spending too much time getting ready and making hires based on presentation rather than experience. They consistently pick romantic partners based on appearance rather than personality, and tend to be vain.

Money is one of the most powerful motivators. Those who subscribe to this Value Language don’t care how they make money or the consequences of obtaining it; they just want more of it. It’s not just white-collar criminals; it’s also those who annoy us by either being cheapskates in office holiday gift exchange or “gold diggers” constantly looking for free meals.

Authority, dominance and gaining more power are the biggest drivers for these people. Those who value power like to be able to influence or persuade others to do what they desire. They annoy us by trying to assert dominance in inappropriate situations (commandeering an office potluck), make power-hungry moves (taking credit for a work project they did not do) or throwing their company title in your face.

Fame, popularity, legacy and notoriety are the big motivators here. We are seeing a generation of kids who speak Value Language #4 as they upload videos of themselves singing, post constantly on Facebook and audition for reality shows. During office meetings, they annoy us by always seeking the spotlight when the boss comes in, wanting to be the center of attention during presentations and doing anything to get accolades for their work.

5. Proximity to the Ideal

This one is tricky, but very important. Some people value being as close as possible to what they deem an ideal. For some, this might mean playing the perfect “housewife” with 2.5 kids, a golden retriever, a white picket fence and lots of time for bake sales. Sometimes, people-pleasers and perfectionists fall into this category because they are obsessed with the “ideal” and having everyone like them and what they do. In the office, ideal-seeking workers put an extreme amount of pressure on themselves to seem like they have everything under control. They never ask for help and they never turn down work projects. They are the least communicative of the Value Language types, which can be detrimental to office teamwork.

People who speak Language #6 are most commonly called know-it-alls; they always have an opinion and an obscure news article they once read to back it up. They often only value others who are “in the know.” They annoy us by never letting anyone else have an opinion during meetings, arguing for fun and pompously telling you about all of the books on their bedside table during lunch break.

People who speak Value Language #7 value exciting and impressive experiences. They constantly tell you that they have been there, done that. Frequent and long-term travelers, eat-out-aholics and adrenaline junkies almost always speak Value Language #7 because they value experiences above all else. They can annoy us by bragging about their frequent trips abroad, airline status and superior knowledge of local restaurants during work.

Those who speak Value Language #8 love to be brazen, radical and different. We often find them crossing boundaries, trying to stand out and breaking down traditional barriers. They can annoy us by being contrarian, choosing activities and clothing for shock value or starting office mutinies. If you have an office culture with conventional dress and behavior rules, they will often push that envelope.

People who live by Value Language #9 place importance on relationships. They are often social connectors who have large networks of contacts, and constantly talk about who they know. They believe you get power by people proximity. They annoy us by name-dropping, social climbing and pushing to get into the in-crowd—whether that is in social or business environments.

Value Language #10 defines people who want to control both their internal and external environments. People who speak Value Language #10 have the constant need to be able to regulate everything from how they look to how they feel to how others behave. Women are often teased about trying to control their world and those around them. They annoy us by commandeering collaborative projects, refusing to ever ask for help, and taking on more than they can handle. 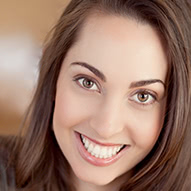 Vanessa Van Edwards specializes in social and emotional intelligence research and development. The focus of her company is to combine human behavior research and tech trends.