7 Tips For Handling Your First Lawsuit

It was January 26, 2012 and I was having a great morning — until I was abruptly confronted by a joint lawsuit filed by Facebook and the Washington Attorney General for several serious claims against our company. Before I even learned the details of the suit, they hosted an elaborate press conference that was all over the news. My first reaction was an adrenaline rush akin to being cornered by the king of the jungle at the end of a cliff. I did not sleep that night. Or the next.

This was my first lawsuit, and the gravity of the suit and its consequences left me nearly paralyzed. I knew none of the allegations were true, but I didn’t know what was going to happen next. The coming months were an insane roller coaster teetering between stress, anxiety and fear over the rising costs and uncertainty of it all. I just did not understand how it worked. Fortunately, by May 2012, we had wrapped up both lawsuits with very favorable outcomes. The Attorney General withdrew two-thirds of their claims after we threatened to dismiss the complaint, and the settlement shortly thereafter only served to cover their attorney fees and reinforce compliance steps we had taken long before the lawsuit.

Although it felt crazy at the time, I made it out of my first lawsuit alive and we came back stronger than ever. If you’re up against your first lawsuit, here are a few tips that will hopefully make life easier:

At the end of the day, unyielding perseverance and determination will allow you to overcome whatever you’re up against. The first lawsuit will make you feel like the world is set against you; however, once you’re done with this battle you’ll realize it’s just a normal part of business. Welcome to the big leagues — you’ve been noticed. 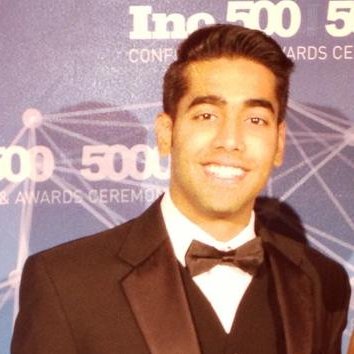 Fehzan Ali is the co-founder & CEO of Adscend Media and is responsible for driving and implementing the strategic vision of the Company. He is an industry thought leader, providing editorial content about innovative ad-based solutions.