Captain James T. Kirk of the Starship Enterprise isn’t your typical role model. At first glance, he’s a cheater and rule-breaker, but in terms of his leadership abilities, he actually does more things right than wrong. Using the recent storyline since the reboot, here are a few tips you can take from the infamous captain and apply to the leadership of your business. 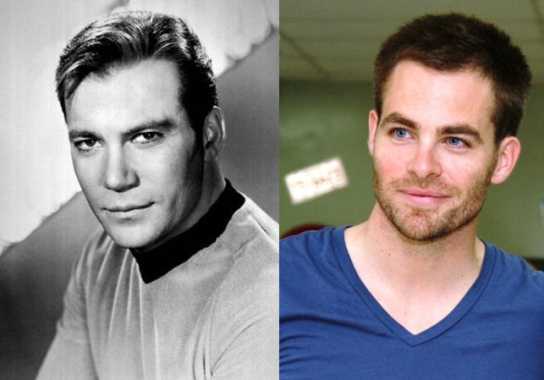 Hire a Wide Range of Skills

The crew of the USS Enterprise is made up of a wide variety of skills, beyond their job’s skillset. For example, Sulu is a fantastic pilot, but he also has some mad sword-fighting skills. Spock is the science officer, but he has a lot of tactical and weapons training as well. Most of the other crewmembers have similar dual specialties, and that makes it easier for Kirk to find expertise on just about anything to cross the starship’s path.

Your employees should have a particular skillset needed to do their job, but you should try to hire people who have knowledge beyond what is necessary in their work field. By doing this, you’ll have a far wider range of information and expertise to rely on, keeping your business prepared for whatever comes.

Be Ready to Improvise

When kinks arise in his missions, Captain Kirk doesn’t hesitate to improvise, and his creativity often—while surprising—helps him and his crew achieve their mission goals. When Kirk and Sulu do a space jump to the Romulan mining vessel and they lose the explosives, Kirk picks up one of the Romulan’s guns and starts shooting. When an indigenous tribe living in the shadow of a volcano doesn’t listen to him, he steals their idol and runs off, getting them to chase after him and away from the volcano—which blows a few minutes later.

The one thing you can always count on in business is that things will rarely work out how you initially planned. What makes a business (and a leader) successful is your ability to improvise when problems arise. The quicker and more creative you are, the better the chances are that your business will pull through. When you realize your website is in drastic need of an overhaul, thanks to a free website analysis, the faster you can get your new website up and running, the better your business will look to your consumer base. Keep your creative juices flowing by constantly seeking ways to improve your business and achieve your business goals.

Kirk is always in the middle of the action, highly involved in the activities on NCC-1701. He’s never far from the bridge in times of crises, and he’s very accessible to those under him. He takes a very hands-on approach when it comes to missions, delegating some tasks, but also taking part in many tasks that most other captain wouldn’t dirty their hands with.

Make sure that you stay regularly involved with your business. Get out in the field every once in a while, because not only will it remind you where you started and keep your head focused on your business, but it will also show your employees how invested you are in the business. When your employees see you working, it encourages them to be more productive. This doesn’t mean you can’t delegate tasks—on the contrary, you need to, in order to stay sane enough to run your business. Just make sure you change up the tasks you do yourself, so you have a hand in all the aspects of your business.

To tie along with the last point, Kirk takes upon himself the most dangerous tasks. When they need someone to infiltrate the Romulan mining ship, he and Spock go. When the Enterprise is drifting in space, and they need someone create a distraction in Admiral Marcus’ bigger ship, Kirk takes Khan with him. He won’t let someone else do a dangerous task that he himself wouldn’t do—even though he’s the captain and, therefore, probably shouldn’t be doing those missions.

Similarly, don’t delegate tasks you don’t want to do yourself. You are the leader of your business, and it’s part of your duty and responsibility to do the tasks no one else wants to do. Maybe that means you’ll have to fire an employee or tell the president of another company that you’re not interested in taking their deal. If it’s a task you should be doing, be responsible and complete the task yourself. That responsibility will flow over into other aspects of the business, and your company will stand out to consumers, making them more likely to purchase from your company.

Star Trek is more than just movies and a TV series. By using these tips taken from the captaincy of James Tiberius Kirk, you can take your business where no business has gone before.

Jake Magleby has written extensively about effective marketing, sales, and financing strategies to help small business owners succeed in the fast-paced and ever-changing business world, through services like those offered at Free Website Score. He also has an interest in education and development.