In 2012 alone, 2,241,475 people pledged a total of $319,786,629 and successfully funded 18,109 projects. I probably don’t have to tell you that those numbers come from crowdfunding megastar Kickstarter. Hell yeah. There’s every reason to entertain bringing your idea or startup to the platform to get funded, but also a few reasons to consider not doing so as quickly as you might like. 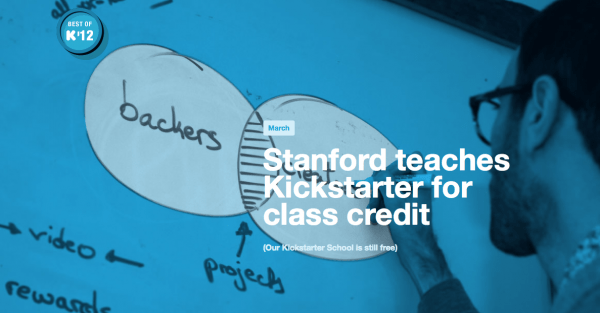 First, the encouraging news. All signs indicate that the time has come for the idea of crowdfunding. Personal projects, humanitarian campaigns, startup investments – the crowd is powering people to realize their dreams in great variety of ways. Nowhere more so than on Kickstarter. Last year, people made movies and CDs galore thanks to Kickstarter fundraising campaigns. Kindergartners launched projects in space. Philadelphians built a pizza museum. Here are some more 2012 highlights Kickstarter shared worth mentioning if you’re debating whether or not your project is right for the platform:

Gamers, filmmakers, and musicians should feel very encouraged by these results. Publishers of graphic novels also fared particularly well. And though technology projects met fundraising goals just shy of 38% of the time, successful campaigns raised over $29 million. The crowd is eager to back innovation. So how can entrepreneurs ensure even better results in 2013?

If no one knows you, chances are no one will know about your project either. Social networks or fan bases aren’t built overnight. Amanda Palmer didn’t exceed her $100,000 goal and rake in $1.2 million for her solo CD by playing a few unfinished tunes in a friend’s living room. She’d already built a career, a record of accomplishment, and had a sizable crowd’s attention when she asked her people to help make a new recording (We’ll leave the aftermath of her tour for another post). 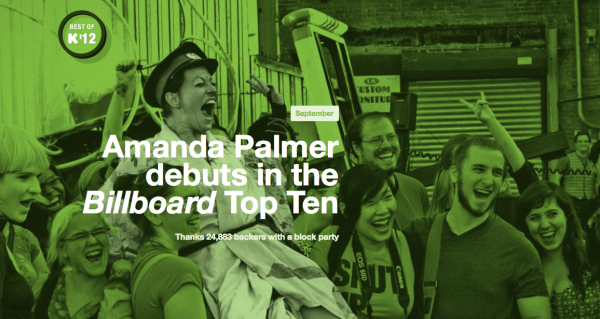 Schemers, peddle your wares elsewhere. Project backers are not suckers falling for the latest trinkets – they expect results and something to show for their financial support. You wouldn’t ask an angel investor to buy into your company without an impressive pitch, nor should you take your generous pledgees for granted. Successful Kickstarters have tangible goals, clear plans of action, and certain rewards. Expect your project to be met with the same levels of enthusiasm and consideration that you put into them.

Prepare to work harder than ever. For a number of reasons, more then 45 million pledged dollars went uncollected in 2012. Crossing a fundraising threshold is just the beginning – albeit a very exciting one. The continued growth of the crowdfunding model and energetic support of the crowds depend on entrepreneurs putting their best foot forward.