4 Things To Look Out For When Considering A Franchise

Buying into a franchise can be a great opportunity for aspiring entrepreneurs — but only if you’re prepared for these potential franchise pitfalls.

Buying into a franchise can be an incredible opportunity for the right kind of entrepreneur — but if you are not careful, you could fall into one of the following traps.

Below are four common franchise pitfalls and some steps you can take to avoid each one:

How Can You Avoid These and Other Franchise Pitfalls?

The best thing to do is to reach out to at least 10 current and former franchise owners to learn about their experience. Their contact information should be disclosed in the franchise agreement.

Some good questions to ask include:

The answers to these questions can help you develop your own best- and worst-case scenarios for entering into the franchise. Also, review franchisee message boards, such as unhappyfranchisee.com, to see complaints and positive feedback posted by other franchisees. 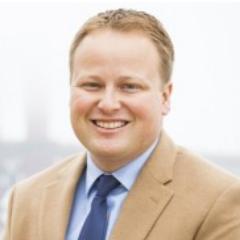 Doug Bend is the founder of Bend Law Group, PC, a law firm focused on small businesses and startups. He is also the General Counsel for Modify Industries, Inc. and tIFc LLC and a Legal Mentor in The Hub Ventures Program.

This article was co-written by Doug Bend and Tucker Cottingham.

Disclaimer: This article discusses general legal issues, but it does not constitute legal advice. No reader should act or refrain from acting on the basis of any information presented herein without seeking the advice of counsel in the relevant jurisdiction. Bend Law Group, PC expressly disclaims all liability in respect of any actions taken or not taken based on any contents of this article.