The Lost Photo Of Machu Picchu:
An Experiment With Facebook Graph Search

The other day my dad proclaimed, “I’m seriously considering getting off Facebook. Have you checked out Facebook Graph Search yet?” The example he gave me of the kind of information Facebook’s new search engine can pull up was characteristically designed to creep me out (I’ll spare you the details), but it piqued my interest. I signed up and then promptly forgot about it.

A big reason it slipped my mind was because I was in the middle of planning a trip to Peru. While I was there I (obviously) climbed Machu Picchu. 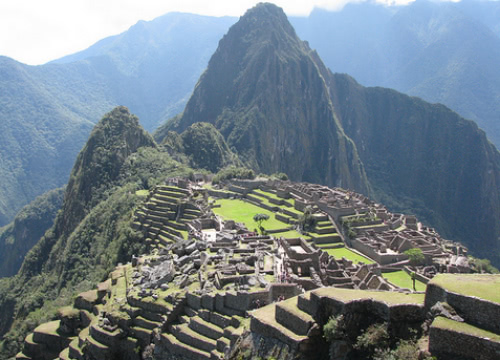 Did you take pictures?

Here’s the thing: I don’t have a camera. My years of traveling have turned me into the kind of asshole who purposely walks through other people’s tourist shots with a smug smile on my face. I can’t stand groups of people clicking off fifteen of the same photo and I refuse to be a part of it: that’s what Facebook is for.

Because the universe is determined to thwart my occasional Luddite tendencies, my dreams of no Peru photos were not to be. The Incan god sent an American girl named Elise with whom I wandered the ruins for the rest of the day and, even though I’d sworn off the classic Machu Picchu photo, I couldn’t resist when we finally made it up to La Puerta Del Sol and she pulled out her camera.

At the end of the day, Elise took down my info and told me she’d find me on Facebook. Knowing how dysfunctional the old Facebook search is, I gave her a bunch of details to make sure she could find me and then waited for the friend request. 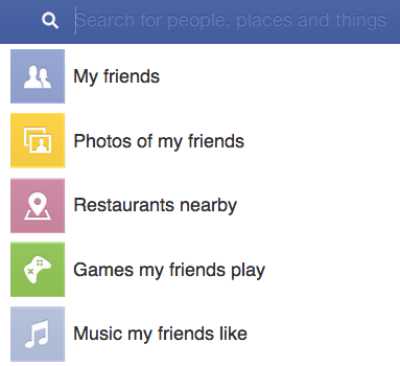 That’s when I remembered my dad’s old-man doomsdaying about how Facebook is going to take over our lives or whatever. It was perfect! All I knew about this girl were three things: her name, the fact that she lives in Santiago, she’s from Northern California, and she recently traveled to Peru. Totally enough information, right?

I ended up spending an hour and half obsessively plugging in different combinations. I tried her name, her city, where she was from, women in general who lived in both of those cities. I scrolled through 56 pages of women in Santiago who had lived in California before declaring to my friend on gchat that Graph Search was a big sham.

And then… I found her! The search that finally did it was “women named Elise who have been to Chile.” Apparently she hasn’t changed the city she lives in, which is what tripped me up the whole time.

My conclusions? My dad and all of the other bloggers are probably right: Facebook Graph Search is just another sign of the looming Big Brother state. I tend to leave those kinds of thoughts to my pops, however, so I’ll leave you with this: Facebook Graph Search is definitely much, much more functional than their old search function, but they’ve got some kinks to work out. This is 2013, people. The difference between someone who “had been” to Chile and someone who “lives in Chile” shouldn’t have cost me an hour.

Flickr (This is why I don’t own a camera!)