Teenagers are almost universally annoying. A new report from The Pew Internet & American Life Project only confirms this fact, which could be especially worrisome for the folks at Facebook. Both The Pew Research Center study and the latest Facebook earnings report showed a dramatic change in the way US teenagers are using the internet and their cellphones to connect with each other. For the first time since taking over the world of social media, it seems that Facebook is starting to lose their teenage user base. 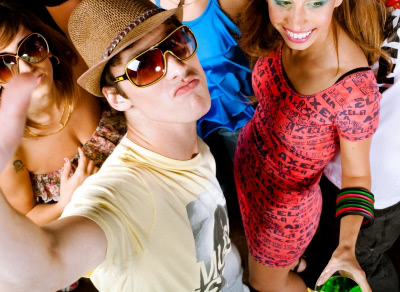 Shocker: it turns out that YOLO isn’t actually a good life strategy

Anyone with even a remote connection to a teenager has probably cringed at the potential damage lingering in the pockets of those little hormone factories. Dan Savage has renamed smartphones “pocket porn studios,” and warns pretty much anyone who will listen to talk to kids about using the camera function on their phones wisely. When you look at the kind of pictures being sent on Snapchat, it’s obvious Dan might be on to something. Parents and teachers have teamed up and inundated teens with stories of young people who have had their college and job applications rejected because of something they had posted on Facebook.

The evidence suggests that the little buggers may have actually listened, and have flocked to social media outlets that lean towards the ephemeral (i.e won’t end up on their parents’ news-feeds). Even when they are not pulling an Anthony Weiner, kids today are drawn to the idea of privacy. In addition to not wanting authority figures seeing what they do online, the teens polled said that they associated Facebook with “unnecessary drama” and clique formation. They totally have a point, but can we just admit that these baby millennials are annoying? As happy as I am to hear that kids are not into drama, I can’t help but think that these hipsters-to-be are going to throw a real kink in the system.

It’s not great news, but it’s Facebook so they can take it. It’s like finding out one of Jay Leno’s cars got damaged in a parking lot. A bummer – yes, but in the grand scheme of things probably won’t result in a huge loss. So the bad news for FB is that they lost $16 billion in their overall value, (accredited mostly to “after-hours trading“). This indicates that investors are getting a little nervous about what the cool kids are doing, but for the sake of perspective – Facebook brought in $2.02 billion in revenue this quarter alone. Most of this came from mobile advertising (a market traditionally dominated by young folks).

What this could mean for you

Social media is an obvious component of almost every company now, and the youth demographic is particularly relevant to tech and app related endeavors. A lot of thought is being dedicated to figuring out which apps teenagers are migrating to, and where they might go in the future. The clear winners here seem to be Instagram and Snapchat. Teens are flocking to sites that won’t ruin their futures, or get them in trouble with their parents. Messaging apps like Whatsapp have also seen an increase in younger users and seem to be giving FB messaging some competition.

If you need more evidence that the teen apocalypse is upon us just look at Justin Bieber’s recent investment activity. The “singer” invested $1.1 million in a social networking app called Shots Of Me (which is cute because the name kind of makes you want to shoot yourself) and is promoting itself as the solution that younger teens are looking for. Not sure if I’d take investment advice from the Biebster…

But the take away here is that the days of one-size-fits-all social media marketing are almost definitely over. It’s time to diversify your social media outreach, and put people on your team that have a good sense of how to tailor your message across a broader spectrum of social media platforms.